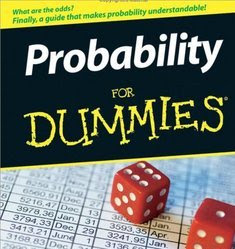 After receiving plenty of mail in that regard, the Whisperer realises how difficult it must be for some men to communicate with females they want to be friends with as well as potential partners. As suitors, they are clumsy, they say things that make onlookers cringe, and they ignore the cardinal rule: “when you find yourself in a hole, stop digging”. I stood in the company of a lady many would regard as a diva in the entertainment “industry”, whatever that word means. She is unmarried but doesn’t seem to be dying from this condition many people ordinarily consider an ailment. As we stood talking, a male acquaintance sidled up to her and commended her for great work done. No problem so far. Then he said,” I guess to do this kind of work; it’s convenient to remain single”. Foot in the mouth. And like must amateurs, even though he knew he’d said something not quite right, he couldn’t keep quiet. He kept digging and floundering until he was way in over his head. I could see him frantically attempting to stop but his mouth betrayed him. The Whisperer in me looked at him and told him to shut up. It was a mercy killing, because I had seen the smouldering in my friend being addressed and knew there would have been an outburst of sorts soon if I hadn’t intervened.

This therefore is an open instruction book to all men who might want to do some amateur whispering, and desperately need to be seen by all and sundry as suave and smooth. It’s in line with all the books that say “computers for dummies” and “astronomy for dummies”. Whispering itself, being an exact science, the ability to say what is right at the appropriate time and when to shut your mouth is as technical as the engine of a brand new car.

The first lesson is absolutely free of charge and is meant to help the lines of communication. I’ll say something odd here to the men. Check to see that your male friends like hearing you talk. If you can’t interest your beer buddies and they groan in despair when they hear you attempting to join a conversation, chances are it’ll be an uphill task trying to get a woman to listen to you for more than a couple of minutes. If you’re unnecessarily loud, are given to yelling when you are with the ‘boys’, temper it down for the ladies. No female wants you shouting at her because you’re trying to be warm and outgoing.

Respect the personal space. There is an invisible circle around every human that must not be crossed except you are invited into it. That space is the one that might make a difference in people being uneasy about you or being absolutely free. If you lean close to whisper into the ears of a female you’ve set your eyes on, be careful how you do it. Unwanted lips touching the ear, standing so close you are breathing in each other’s carbon monoxide is a no-no. Keep your distance and err on the side of caution. If she likes you enough, one day she’ll stand so close, you’ll see the light, just like a lamp coming on in a dark room. Don’t ask me how you’ll know, just believe that you will.

Less is more. It’s as simple as I just wrote it. The attention you give her, the conversations you make.... Be careful that you are seen as a reservoir of knowledge and not as a fountain of information. There is no female that likes a clinging man. For some men, the penny just dropped at that last line. If you are overly-effusive with your love and affection, it will not be appreciated. I shall ignore the females protesting at the point I just made now. If you pour it on, always sounding like an Indian lover in a bollywood flick, the full impact of your personality will be lost on her. It’s the same way people generally do not appreciate free things; whether it be free tickets to the theatre or freebies of any sort. They think there must be some defect in the design so they look down on it. Turn it down a bit, learn to relax. Always remember, what will be yours will be yours. A female saying no to you is no indictment of your character or person. If she asks you to be more open, more loving, tune the dial to match what she wants, but be careful about being overly effusive. Women do not like gushing men no matter what they say to the contrary.

There will always be someone better-looking than you. Don’t go around trying to match up with the brawny fellow on the front cover of that magazine, just be yourself in every way you can. If there is a possibility you can firm up your body, why not? But if you do not have the time or inclination, ensure that something else has muscles; your personality, your kindness, your humour, your bank account...something has to have muscles. Women are far more practical than they are given credit for. If you’ve met a girl that has a roving eye and speculatively inspects every man she meets, ditch her. The regular female however, will take you as you are if you can find her emotional dashboard. Once you have the emotions, you have the woman.

Even though females appear to be the same all over the world, there are slight variations from area to area, depending on environmental backgrounds, culture, DNA and up-bringing. A ‘modern’ woman might have a problem ironing your shirt because she feels it makes her subservient to you , but if you show it is something you would do for her without thought, it balances her perspective.

Learn to delay gratification. There are too many men who would try to jump the bones of any female on the first night they meet them. No woman wants to be treated like meat. And believe me; they know what’s on your mind when you start breathing heavily and getting cross-eyed. Free your mind; enjoy her person, the smiles she brings so easily to your face. In many ways, relationships do not differ from the way they were when we were fifteen years old apart from the heavy emphasis on physical intimacy, the older we get. Find the joys and sheer pleasure you had in relationships when you were a teen.

And for those who would say, “I’m not a child anymore”, hear the Whisperer. When you lose your childhood, you’ve lost everything.
Posted by laspapi at 12:19 am

Nice one!:))Laughed a lot reading it, I wont do any dissecting though!Im first again:)

....and from the stables of the whisperer comes forth "...a reservoir of knowledge..."

Nice! I agreee with you when you say that if you can't entertain your beer buddies then you most likely can't entertain a woman.
Jeez, at some point in my life, I just became so effin boring and distracted, I'm learning to be more interesting!