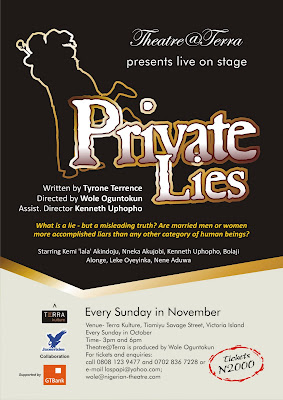 What is a lie - but a misleading truth?
Are married men and women more accomplished liars than any other category of human beings?

On stage every Sunday in November 2009 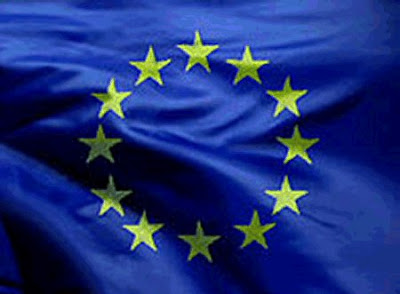 The European Commission has just announced an agreement whereby English will be the official language of the European Union rather than German, which was the other possibility. As part of the negotiations, the British Government conceded that English spelling had some room for improvement and has accepted a 5- year phase-in plan that would become known as "Euro-English". In the first year, "s" will replace the soft "c". Sertainly, this will make the sivil servants jump with joy. The hard "c" will be dropped in favour of "k".

This should klear up konfusion, and keyboards kan have one less letter. There will be growing publikenthusiasm in the sekond year when the troublesome "ph" will be replaced with "f". This will make words like fotograf 20% shorter. In the 3rd year, publik akseptanse of the new spelling kan be expekted to reach the stage where more komplikated changes are possible. Governments will enkourage the removal of double letters which have always ben a deterent to akurate speling. Also, al wil agre that the horibl mes of the silent "e" in the languag is disgrasful and it should go away. By the 4th yer people wil be reseptiv to steps such as replasing "th" with "z" and "w" with "v".

- Writer Unknown
Posted by laspapi at 9:10 pm 11 comments: Links to this post 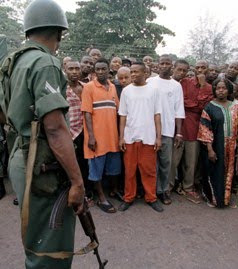 The Nigerian Army has been in the news lately, first it was the “commuting” of the sentences of the “Akure 27”, from life to seven years imprisonment, then the Chief of Army Staff (COAS), Lieutenant General Abdulrahman Dambazau, assuring that the Army (unlike before) would accept the verdicts of an appellate court. Pure rhetoric.
However, the announcement that the Army had retired one Lieutenant Colonel and two Majors for “culpable mistakes that led to the Akure protests” was a sign that the army may at last be trying to head in the direction of equity and justice.

Because it cannot be without reason, that the symbols for justice and the law are scales. Lady Justice, an allegorical personification of the force of right is usually depicted as a matron carrying a sword and measuring balances, and sometimes wearing a blindfold. The blindfold indicating that justice is (or should be) meted out objectively, without fear or favor, regardless of identity, money, power, or weakness; the scales, upon which she measures the strengths of a case's support and opposition; and a double-edged sword in her right hand, symbolizing the power of reason and justice, which may be wielded either for or against any party.
It was reasonable, therefore, that after all the hue and cry over the “Akure 27” someone at least considered that they were provoked by the action of certain senior officers. The report was careful not to say that the officers were guilty of stealing money due the soldiers.

Said their spokesperson, Brig-General Chris Olukolade, “it is important to make it categorically clear that contrary to speculations in some quarters, none of the officers in question was charged for stealing, as investigations into the subject did not in anyway suggest that anyone of them stole or attempted to steal the money meant for payment of the troops’ allowances.
Fine. Has someone therefore found out why they were not paid? Or if the patience of these soldiers were indeed, tested to the point where there were grounds for them to see or suspect that they would not be paid? Is there a history that people who went on peace-keeping missions did not receive their full due?

To dismiss the whole story, and suggest that by military law, the protest amounted to mutiny is in itself strange. And the army knows it has no monopoly of the dictionary. Neither can they ascribe new meanings to words as they deem fit. The soldiers might have disobeyed officers in the course of the protest, but if the punishment for disobeying an officer is life imprisonment, then what would be the punishment for murder? Clearly the military scales were tilted unreasonably and are not based on the foundation of equity.

So it sounded a lot better that, by their own review system, the judgment was commuted to seven years. Not that that in itself isn’t too much punishment for the offence in question, but when placed beside the compulsory retirement of the people who clearly provoked the soldiers to “mutiny”, retirement pales in comparison. The officers should be guilty of provocation, bringing the army to disrepute, criminal negligence, and causing soldiers to commit acts inimical to the interests of the army. They at least deserve the punishment of the 27, plus something else. The soldiers took to protest most likely because they could not find any reasonable path to express their grief and frustrations.

Also, it is strange that these officers were “not tried for stealing” when it was reported that evidence at the court martial showed that some of the officers involved were beneficiaries of these funds which were said to have been “wrongly posted to some other accounts”.
Why were the soldiers not compulsorily retired like the officers were? Why were their cases treated separately? And in the event of them appealing to the supreme court, would the soldiers not be right to request that the court declare the case of the officers a mistrial and that both cases be sent to a competent court of justice acting under military law?

The feeling that soldiers rioted, or protested leaves a bad taste in the mouth, but soldiers stealing? Moreover, I find it strange that the army did not see this as an opportunity to present the new face it is trying to sell to us as an equitable and law abiding organization to the public. The US army uses the payoff “be all you can be…learn to get the best out of life”. Can any reasonably thinking young man or woman join our army with such expectations? And if they do so mistakenly, do actions like these not portray the idea that the requirement for justice has been skewed ab initio against them? Are we as a people, and indeed our institutions at war with ourselves? Is the law made to protect, or to destroy us?
If the accounts department or whatever group was responsible for this cannot properly account for a million dollars or thereabouts, what does that say about the quality of governance (and accountability) we received in almost thirty years of military rule? These were senior officers. In a military regime, they could have been state governors.

They have to hide under the guise of military law. Knowing that no fair system will permit them to get away with such grave injustice. Justice should not just be done, but must be seen to have been done.
I will also dare to say that the whole court martial will prove to be an exercise in futility should the supreme court order a retrial or further commute the sentences. As a forward looking people, we should be in the forefront of eradicating a justice system which has untrained judges. As best the system, when compared to our justice system is an administrative panel. Why such a panel will have powers as to sentence people to death and life imprisonment is something that must be considered and curtailed. They should not have any powers more than to recommend to a competent court, a course of action.

I doubt however, if for the many young men who join the army, it is not just another job. If the motivation was not just a way, to stay away from unemployment. To be forced to join the army for lack of employment is bad enough, to find out that you joined an army where cheating is legal is killing. To get life imprisonment for a loud complaint against cheating cannot be fair.
Justice has not been done, that is why only the army lords can think it has been. The rest of us cannot possibly think so.
What happened to the military people who superintended over a “stolen” ship? Are they serving life? Has this case ridiculed the military more than that one? Have there not been people implicated in coups who got ten or fifteen years? Was this equal to or worse than a coup?

And some people have the guts to describe seven years imprisonment as punishment for people who complained (in whatever manner) that they were cheated (which was later proven to be true that they indeed were), as leniency? What then is the definition of wickedness?

The army in a democratic setting must first and foremost be a just army, and its laws can only be based on the fundamental liberties the constitution gives. Those are the bare minimum. The military would also need to revisit a lot of cases if indeed according to the COAS, the army itself has been acting in direct disregard to proper laws. Impunity will only be curtailed when people know that they can be tried and punished for offences in retrospect.
Posted by laspapi at 9:03 pm 1 comment: Links to this post