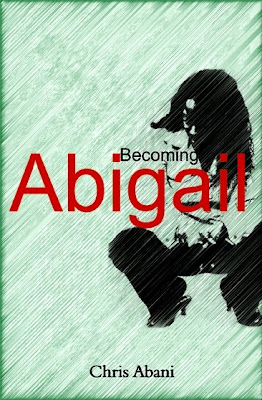 Kachifo Limited, the publishers of Farafina Magazine and Farafina books is proud to announce the release of the West African Paperback edition of Chris Abani’s new novel Becoming Abigail in Nigeria. It’s available in all major bookstores.

Becoming Abigail is a coming-of-age story of a young girl who has been forced to grow. A girl whose childhood is lost in the shadow of a mother she doesn’t even know and whose innocence has been sacrificed on the altar of experience. Chris Abani in this novella gives us a graphic representation of Abigail’s sufferings, the inhumane treatment she undergoes in the hands of Peter who claims he’s taking her to London to give her a better life and the struggle to find her identity and establish it in her father’s heart.

“Moody,lyrical prose reminiscent of Toni Morrison’s Beloved… Though the fictional Abigail exists only on the pages of Abani’s novella, her character will seize the imagination of everyone who reads her story.”
• Essence Magazine

“Becoming Abigail,a spare yet voluptuous tale about a young girl’s escape from prostitution is so hypnotic that it begs to be read in one sitting… Abigail is sensitive, courageous, and teetering on the brink of madness. Effortlessly gliding between past and present. Chris Abani spins a timeless story of misfortuneand triumph.”

“A darkly poetic investigation into the past’s deceptive hold over the present … Abani writes in dense, gorgeous. Abigail is not a creature of pity but inspiration.”

afrobabe, i got here first...i'm going to look for that book now...know where i can get one, Las? meanwhile, i've taken your advice, i'm living dangerously...& i'm not kidding...thanks man

It would make a good movie.

will def check it out.

Good for you, baroque, life (and love) is what we make it. I think farafina uses all the major book stores in town- glendora, nu metro etc.

@ renegade- I think so too.

It sounds interesting, can I get it online?

Isnt by any chance on Amazon?

A new offering from the Farafina folks....very nice

I came to SHOUT here too!!

HAPPY BIRTHDAAYYYY!!!!! I pray u ahve MANY MANY MORE fruitful years on this earth!!

How do u live kufe dangerously? I have tried to live on the edge but dont know where the edge is. I can thnk of a lot of stuff, but i see potential to hurt people (not down for that - i think) but i need to do more.

is it on Amazon? or barnes and noble?