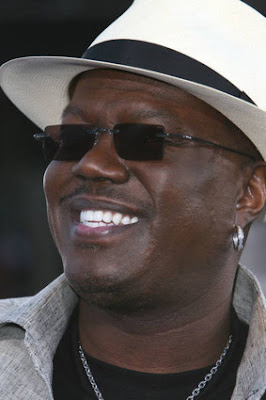 I heard news that saddened me. Bernie Mac died aged 51.

I never met him but he brought immense sunshine into my life with his ways on his TV show, in Russel Simmon's Def Comedy Jams, as Pastor Clever in Ice Cube's Friday Movie Trilogy and in many other films.

I salute a man who left beautiful memories behind.
Posted by laspapi at 6:24 am

awww he was such a funny guy
its a sad thing, i'm sure those closer to him will feel more pain and all