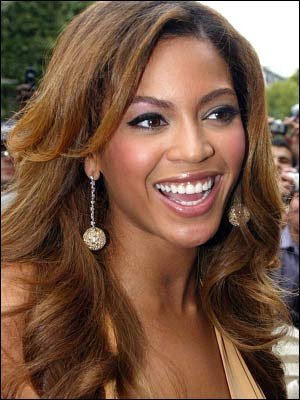 The Girl Whisperer
as published by the Sunday Guardian
of July 26, 2009

I first came across the poignant Beyonce Knowles song, “If I were a boy” one day as I sat surfing cable television channels. A good looking woman, Beyonce herself, was playing the part of a police officer who did her work well but spent time with the other officers doing what men generally do after hours; drinking, clubbing, and just “kicking it” as men have an inclination to. All this while, she had a doting boyfriend/partner at home who would watch the clock and wait for her to come home. It was a reversal of roles and gave me a lot of food for thought as the singer must have intended. Then only a few days ago, I sat talking with the Alli-Hakeem sisters, Toyin and Anike and one of them said, “If I were a boy”, and she elaborated on the things she would do and get away with, expressing pain that runs deep in women, pain inflicted by the things men do and never have to answer for.

In some ways, men are like the officers’ corps, policemen if you wish, who stand up for each other, whose ranks are closed and who will never testify against a “brother-officer” even at their own detriment. It is a rare man who tells a woman, “I saw your man with so-and-so”, or “I saw him at so-and so”. For some reason, the “esprit de corps” code among men also conjures a code of silence. Many men take relationships for granted the way the generality of women could never. Beyonce sang, “If I were a boy even just for a day, I’d roll out of bed in the morning, and throw on what I wanted and go drink beer with the guys”. As an aside, that might be the singular advantage men have over women, the ability to wear clothes without thinking if the colours suit our eyes, or whether our eye-shadow is the wrong shade of blue or whether our arms are growing bigger and we cannot get away with wearing sleeveless tops anymore. But back to our song and Beyonce. “If I were a boy, I would turn off my phone; tell everyone it’s broken so they would think I was sleeping alone.” At this point, many of the men reading should take deep breaths and think of the variations of this lie they have told. Some will say, “But the women do it too”. The Whisperer agrees but submits that this is a fallacious argument. According to philosophers,“And you too” does not work very well when you are the one accused of wrong-doing. Today, the Whisperer looks only at the men and the way they take their women for granted.

We turn off our phones and claim there is no network in a world that permits us to do whatever we want to do as long as it is not “hurting anyone else”. When the men sit to reflect, they must remember that the breaking of a human heart is probably more painful than a physical accident.

“I’d put myself first and make the rules as I go, because I know she’d be faithful, waiting for me to come home”. The Whisperer is not only in this procession of those who make the rules as they go; he is also carrying a banner. This is said without pride and shame-facedly. Men often make up the rules of engagement as they move along, much like the way children create new rules to suit themselves in games they have not mastered fully. What applied in a previous relationship will not apply in a new one. A rule set for the female partner, will not be applicable to the male. We can take long sultry looks at other females as we drive along but a glance from our woman that lasts for more than one second on a passing male is tantamount to fornication. She has sinned in her heart. The man is confident always that the woman at home is exactly where he wants her to be. She will not be going anywhere and no matter how long the pursuit took, she has been conquered and he can look to newer horizons. But do not forget that it is a strange world we live in where there are never any guaranteed fairy-tale endings and it is possible that like in the words of Mr. Ray Parker, “by the time poor Jack returned up the hill, somebody else had been loving Jill.”

Music is the closest thing we have to a time machine, able to teleport you to exact places and times when you first heard the song. With songs, the situation is created again, the same players, the entire scenario. I can never hear the Oleta Adams song, “Get here if you can” without feeling pain and Gabrielle’s “Dreams” does the same thing for me.

Madonna’s haunting “La Isla Bonita” is a victory song for this Whisperer, one that always reminds me of a day I took a major step in the right direction, and All 4 One’s ”I swear” will remind me of my father till my dying days. The reason is simple. I heard him singing the song in accompaniment one day as it played on the radio and I was brought into reality forcibly, that my father was a man first, before being a father.

The talented Ms. Knowles sang, “You don’t care how it hurts until you lose the one you wanted because you’re taking her for granted” and I agree. And the Whisperer gives advice to all men wherever they might be, and in whatever generation they might come from, even if they find this article seventy-five years from now in some dusty archive and they sit to read from yellowing, brittle pages. As they ponder on how love must have been in generations gone by as they go about their business in a world that may bear no resemblance to this one that we know; all men should remember one thing, times and seasons may change but men and women will always be. There are many pluses in being a man but it is not a sign of manliness to drag a woman in the mud behind you.

Labels: Girl Whisperer, If I were a boy

Love the whole thing, but the last paragraph is my favorite part. Well done!

well- said..im thinkin location has everything to do with it. men will continue to do what their society permits and lets them get away with, despite their love for a woman.
had a similar convo the other day and the man was telling me African men r incapable of being monogamous by nature...that it was a western construct.hmm..

Wow! This is good!