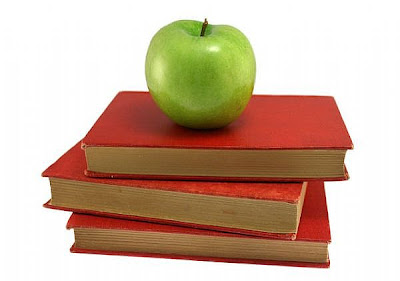 The Girl Whisperer
published in the Sunday Guardian
of September 6, 2009

I receive mail all the time from people around the country who read this column, people who have been touched in diverse ways by the things I write, and mostly in a positive manner, I would like to think. There are people with very serious situations out there and in some way, this Whisperer who has never laid claim to perfection or being anywhere near it has been of help at times. However, just a few days ago, an e-mail arrived in response to the Whisperer’s article titled “The Ugly Truth” from a lady I’ll call C.N. I found the mail quite inspiring and I thought I should share it. She wrote: “For all the subtle truths. Thank you. For all the whispered lessons. Thank you. For all the 'in your face' daring advice. Thank you. Thank you for being my true friend (even if you didn’t know me...)
You've been there for me(through the back page of ‘Life’ every week.) in good and bad times, in times of discontent and almost hopeless despair. I appreciate the fact that you know you are not perfect but you 'try'. And so I pray that you never lack for someone to share a smile with. That you never lack a true friend especially when you need one and that you will find fulfilment in the things you do.”

All the “Thank you(s) were written in capital letters and the Whisperer spent a while reading and re-reading the words. For some reason that I cannot find words for, the mail came across as a very profound one and I thank C.N. whom I have never met before, wherever she may be at this moment, and whatever she might be doing, for taking the time out to let me know the impact of my words on her. The Whisperer considers it a privilege that others allow his words into their lives and he’ll be treasuring that mail for a long while.

Many have asked, “Who is this Whisperer that talks with such boldness” and sometimes like C.N. wrote, states “in your face daring advice?” This then is the Whisperer’s autobiography as he chooses to reveal it.

The Whisperer has been there, done that and gone round the block several times. He talks from experience and scenarios he imagines (being a playwright is a great help in such matters). He has been cruel to women in times past (Is there any man who hasn’t?) as they have been cruel to him. He has learnt that life is not about cruelty, and happiness in a relationship is not just a distant and unattainable mirage as some might like us to think.

The Whisperer tells his truths as he knows them. He knows if you enter a relationship and make your life an open book; fools will write their autobiography in it. The truth is simple. You must guard your heart and be very fussy about whom you allow to leave an imprint. When you finally get to write that autobiography of yours, there are some people that should not be blips on your radar. They should not be able to say with a smirk that “I caused her pain” or “I was the subject of that amount of distress”.

I have known females who have not expected to hear me say anything that might put that gender in a bad light. In a singular case, one female I had made acquaintance with, said I hated women on account of these writings. That came from reading a column which apparently struck home in her case, but if I was giving examples of females to emulate, she would be at the bottom of the rung. The aim is to tell all parties the truth, and even if he leans in favour of the “Girls”, he will still tell it like it is. The Whisperer has always been thankful for the opportunity given to tell others of his experiences and his thoughts.

The Whisperer has never claimed his words to be a Bible or the Talmud. His word is not law, it is advice and as in all things, you must weigh the things you hear and balance it with the reality of your life. There is such a thing as commonsense however, and you do yourself a disservice when you do not do things that are sensible.

There are many people who write me privately with issues that you can tell they should know the answer immediately to. You start a letter with “He and I were together and now he is with someone else but I still love him”- You’re asking for trouble. The aim of whispering is not to rubber-stamp situations you should not get yourself entangled in. Why cause yourself further pain? If a partner falls out of love with you, walk away from this person. Don’t grovel, don’t beg. If he changes his mind out of pity, remember that “a person convinced against his will, is of the same opinion still”.

Isn’t the truth obvious in these cases? Dump the sucker and get on with your life. Life is what we make it, usually. You shouldn’t be afraid to live your life as you see it. There are many things that militate against us making decisions for ourselves- They are family, friends, loved ones, religion... the list is endless. However, if you sit and consider that the life you have to live is yours alone and that no one signed the lease for your life alongside you, you’ll grow up quickly and become an adult. There is a reason the voting age is eighteen. If your society believes you are old enough to choose who will lead your government at that age, why does it consider you brain-dead in your twenties, thirties, forties and even older when it comes to relationships? Like the song in that eternal movie, ‘The sound of music’ goes, “Your heart, little girl, is an empty page that men will want to write on”. Hold the hand of the writer before he starts to scribble, stare deep into his eyes and if you have any doubts or you meet shifty eyes, twist that thumb till the pen drops from his slack fingers.

It’s an autobiography, baby, write the chapters yourself.
Posted by laspapi at 3:35 am