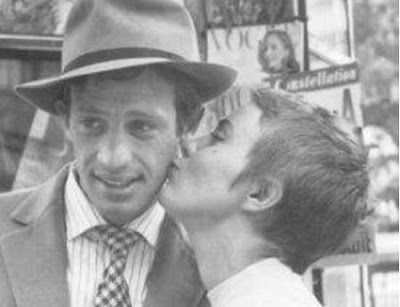 The Affairs of Men

Mr W. Shakespeare wrote a long while back that “there is a tide in the affairs of men...” When he wrote this in his dramatic work, Julius Caesar, he was talking about life generally and politics specifically. Today, the Whisperer writes of this in relation to the affairs that men and women have outside the relationships they are already committed to.

When I sit to watch CNN or Sky News or their nemesis, Aljazeera, one thing strikes me about all the news they pass on. It is that life’s issues are mainly divided into three main categories; Sex, Politics and Religion. Sex in this case would be all the issues that govern the relationships between men and women and that, is the Whisperer’s business. Politics, in my country and in the developed world as well, is often a charade; subterfuge, disinformation, misinformation, manipulations, you’re either a player or a pawn.

Why do men have affairs? Why is it so difficult for many men to be content with one woman? These questions have intrigued humanity since the beginning of time, from the King who had his eye on the Patriarch, Abraham’s wife, thinking her to be his sister, up till the present date. By the way, and before I go any further, there are many women who are not content with one man and have played the field as well, but we are looking at men today, and we shall keep our focus.

A man has a girl he professes to love and by all accounts, he does love her, being willing to move the world for her sake, yet he is caught in the throes of an affair with another woman. What is the root cause of this? Are men wired differently from women? Is there some kind of faulty (or deliberate) wiring in the DNA circuitry of the hunter/gatherer that compels him to seek mates all the time? Are these urges truly uncontrollable or are many men just base, bordering on bestial with their lack of control?

It is possible that there is a level of social engineering involved in this matter. From childhood, there are very few men who are reprimanded by those with influence over them, for keeping multiple partners. A male adolescent is expected to have many relationships, learning the ability to ‘multitask’ early, and many will grin with pride when they hear of the ‘wonders’ their young male relative is performing. As high school students, we would keep scores, counting how many ‘female’ representatives we had in schools around the state and country. At this time, it was highly unusual to have any form of physical intimacy, but the seeds of men playing the field without remorse were already being sown. As a fifteen year old, my mother would look speculatively at me and tell my much older sisters to my hearing that I would be a success with the ladies. Even back then, I already knew she wasn’t talking about just me and one special person. It was an invitation to hit the ground running when I came of age and I did. In some way, as with many men, there had been some kind of indoctrination. On the other hand, there are very few mothers who can laugh at the idea of a female child having multiple relationships.

Grown men have been known to have relationships with their maids, their au pairs, their friends, strangers met at clubs even though there is someone very special in their lives. It is not a shock to many people to be told that a man was caught with a woman different from the one he professed to be smitten with, and indeed, there are many women who would shrug and not give it much thought if told their man was caught ‘delicto flagrante’. The main concern of many women would be, ‘is he still in love with me?’, and ‘is he going to come back to me?’

Being privy to information given to me by others, the fact that sometimes two people can stand in a room like strangers and no one will be any the wiser that they had been intimate a month or a year before, fills me with wonder and assures me that there are people who get away with murder all over the world and we all have to be careful.

The chances are almost even, that would be one in every two, that a man will at some point look at another woman beyond simple admiration (This is the point when you lower this newspaper and contemplate your partner across the room) Unfortunately, and like the good Mr Shakespeare also wrote, there is no art to seeing the mind’s construction in the eye. You can’t tell who has a propensity to flit and float by just looking. As in all things, the taste of the pudding is in the eating.

Can spirituality help a man ‘calm’ down? Can faith that tells of a world governed by a higher power reduce the anarchic tendencies of some men? This question is asked on behalf of the many that must be thinking a man found in a church or mosque or some other faith must be different. Faith often encourages self-development and there is a probability that the same way medical doctors say faith can influence physical and mental healing, it can harness emotional wildness too though it is not every man of faith that has full control over his senses. However, for those who will not be using spirituality as a parameter for choice, there are self-possessed men all over the world too who understand the need for a man to have control and may be relied upon. My last word on this? Go with your gut feeling, your unction, your heart, (your head too, love must never be blind) in choosing your man and then keep your fingers crossed and hold on tight.

As an aside, I was watching ‘Saturday Night Live’ a few days ago and saw the host for that episode was Anne Hathaway, the beautiful, beautiful star of ‘The Devil Wears Prada’ and a few other movies. She joked in the opening that she had found a new boyfriend on the internet, a Nigerian ‘prince’ whom she loved very much and who was so caring that within a week of meeting her, he had asked for her social security number. She called him Prince Ochachuko Etete or something equally ridiculous and also said to show her love, she had sent a hundred thousand dollars to him. The audience laughed long and hard at the joke and I had to as well for the buffoons who fill the World Wide Web with insane letters have given us all a bad name. But then I thought, ‘Anne, how little you know. We are beautiful people, intelligent, smooth-talking and charismatic (The Whisperer uses himself as an example) and the vast majority of us do not practice advance fee fraud. The only thing we will steal from you is your heart if you ever have the privilege of getting to know us.

Someday, I’ll teach Ms Hathaway about the Nigerian man and tell you how it went, trust the Whisperer on this, but in the interim, make wise decisions about your choice of men. It’s your life and you must have the last say.
Posted by laspapi at 8:33 am

Deep words...I ponder over this time and time again...what will make a responsible loving husband suddenly decide to warm the bed of the house help/secretary/colleague...as the case may be?...my response...clueless!!!
it is just plain ol' crazy!!!

Haba Las!I think it's better to tell the ladies the truth.For men, love and sex are two entirely different things - different needs.The wise women know this and keep their love,marriage and home intact.The key code is to respect one's wife,the one that has one's heart,and show her clearly that no other woman can break the union.No need pretending to be the superhero.

visit my blog for more details.
feel free to leave ur comments!

i think we are a product of what we love

if ya papa cheated and flaunted it

you are more likely to cheat and flaunt it

Emmm...Moved on from Nicole Kidman? LOL

Really??? Africa entertainment thinks love and sex are 2 entirely different things and the wise woman is best served by understanding this and not making a fuss when she finds her husband philandering?? Hmmm....I do believe we have just seen the evidence of the social engineering this post refers to. And even more worrying is the fact that this covenient cop out lie gains much ground among men and women.

My father never cheated on my mother. Never, not once. And he's every bit as 'man' as the next...'man'. My husband will not cheat on me by God's grace. Love and sex are not two entirely different things, they are in fact very closely intertwined. African men should start to accept responsibility for their actions and not try to explain away their baser instincts. A woman is not only entitled to her husband's 'respect', she is entitled also to his utmost devotion and his unwavering fidelity, and I struggle to imagine how respect can even be conceived of in the absence of those 2 things.

Until men start learning to expect higher of themselves, start telling the truth and stop perpetrating and reinforcing the myth that male fidelity in marriage is unattainable, our society will never change...

pls don't get me started o!

Could it be the assurance that with 'love', when the "push eventually comes to shove", even the straying man will ALWAYS come back home?

@Everything's Eventual...:i like your idealism but it's a crazy world we live in. better not bet with your life on what your dad did or didn't do...you could be shocked.