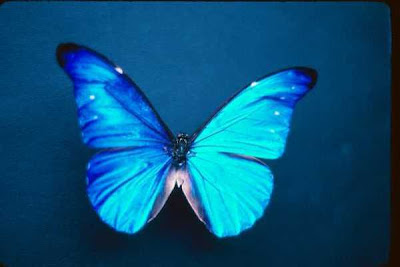 This phrase refers to the idea that a butterfly’s wings might create tiny changes in the atmosphere that may ultimately alter the path of a tornado or delay, accelerate or even prevent the occurrence of a tornado in a certain location. While the butterfly does not cause the tornado, the flap of its wings is an essential part of the conditions resulting in the tornado. To put this in simple English, a butterfly flaps its wings in faraway Tibet and thereby causes a calamitous event in a little village in the Eastern region of Nigeria.

Cause and Effect. Do all our actions, no matter how insignificant, have far-reaching consequences in places we cannot even begin to imagine? Does a simple, nonchalant act have a ripple effect in the years ahead in some far-flung place? A young man has an idea one day after a conversation with a close friend of his. He will leave Kenya, the land of his birth and travel to the United States, he will seek greener pastures, try to make headway in this distant land. Things come together for him and he is able to reach the ‘promised land’. Though he faces initial hardship, he is able to father a son, who grows up, steadily, surely and by the time this son is in his forties, he has become the forty-fourth President of the United States. The tornado that tore across a mighty nation which started with a simple conversation between friends close to fifty years before, on a deserted footpath in a rural part of Kenya. Are you starting to get the picture?

You choose to take a left turn instead of a right and at the end of it; you see the result of a simple, natural act and its consequences. After my ordinary level exams, I decided to start my Advanced Level classes in the same school, Baptist Academy, and on the first day of resumption, I met a bespectacled young man, tooth slightly chipped in front, standing confidently against the wall in front of the Principal’s office. He appeared to be about my age and I later found out he was nine days younger than I was. This was the start of a major friendship, one of the most important of my life, and he played the most pivotal role in the choice of course I would study, law. I had no idea why he chose my school for his advanced levels but whatever led him there was the butterfly that flapped its wings and became the cyclone that hit my life.

While still in your late teens, you are woken by a friend one bright Saturday morning. She tells you she’s been invited to a party and because you have no set plans, decide to accompany her. At the party, you meet this smooth talking young man (and believe me, there are many smooth-talking seventeen year olds) who sweeps you off your feet and into a broom closet. A few weeks later, you suspect something is the matter with you. Your mother, who should really be named after the super-heroine, Hawk-Eye, looks closely at you and informs you with steel in her voice, that you’re pregnant. Are you starting to see the butterfly’s wing’s flapping in slow-motion now? It started with the friend who saw your picture in her photo album that day and decided it would be a good thing for you both to hang out. And then the catastrophe.

There are many simple acts we take for granted, not realising that nature abhors a vacuum and that for every act, there is a reaction, often times unseen but able to cause catastrophe if we are not careful. The student that picks up a book to swot in preparation for exams is creating a sequence that will lead him (or her) to success. The gift of a golf club to Tiger Woods at age two created a phenomenon, a golf player unlike any ever seen in this life.

Oftentimes, we cannot predict what the logical fallout of our actions will be. We have no idea if a simple hello will result in a life-changing situation many continents away but as much as possible, we should walk through life with our eyes wide open. As the Whisperer read somewhere many years ago, “He never wise and safe shall be, who shuts his eyes when he should see”

Your decision to unconditionally love a man who has made it plain you do not mean the same thing to him, is one in which you do not have to go far to see its probable results. You don’t have to be a soothsayer to realise it will only end in heartbreak and for just one of the two parties.

Often, we are a result of our childhood, our upbringing, a totality of the confidence given us by our parents and guardians when we were children or the insecurities they foisted upon us. Through the whole of life, the ripples of the past flow like the beginning of waves at sea, gathering momentum as they force their way to crash against the distant shores which will become our future.

Many of us are products of a loving gesture in our past (or a careless word). There is no word that falls flat, no deed that does not take root and become a stepping stone or an obstacle. I am the result of the many comics I read as a child and believe me when I say I read them all; Buster, Whoopee, Dandy, Tiger, Roy of The Rovers, Marvel Comics, DC Comics, , The War Picture Library, Tarzan and his son, Korak, Battle, Crunch, 2000AD and its fallout, Judge Dredd. Even the female comics, Mandy, Jinty, Tammy went through my hands. I can tell you how exactly the Fantastic Four got their powers, the episode in which Lieutenant Darkie in “Darkie’s Mob” lost his life and his last words, “You have won nothing, Nipponi”. I can tell you Nicholas Cage was no “Ghost Rider”, and Arnold Schwarzenegger no “Conan the Barbarian”. Both films were shams. Toby Maguire as Spiderman is a dubious choice and Stan lee, producer of Marvel Comics will live forever.

Now you get my meaning, the butterfly effect of all the Enid Blyton books I read led to a tornado. Femi Kuti’s life was shaped by his father’s influence. Let’s be determined to make our butterflies flap their wings properly and if by some chance, we have suffered for mistakes of the past, let’s make our minds up to turn these mistakes to our advantage. The Girl Whisperer salutes you.
Posted by laspapi at 12:42 am

This is an interesting article. Thought Provoking indeed!

I salute the Girl Whisperer!

Hmmm, the gravity of the little actions we make today.

Stimulating piece and blog in general.

Inspiring piece and blog in general.