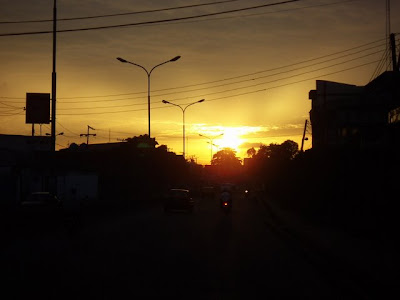 The Whisperer is in the process of directing Wole Soyinka’s timeless stage comedy, ‘The Lion and The Jewel’, and he remains perpetually in awe of the mastery of Soyinka over the craft of playwriting. But the thrust of this piece is the wiliness of the old fox in the play, the acclaimed ‘Panther of the trees’ and ‘Fox of the undergrowth’; the man known as Baroka, who entraps a young village belle, Sidi, who on her part is famed for having more than her fair share of vanity than anything else.

The sixty-two year old Baroka has a rival in the beginning for Sidi’s affections in Lakunle the school teacher , who in his naive way seeks Sidi’s love in a very genteel way. In the end, age wins the prize and Sidi becomes another adornment on Baroka’s mantelpiece.

The Whisperer, in moments when he is not pondering the genius that propelled such a gifted play wonders about the relationships between the world’s many Barokas and Sidis. The legendary Paul McCartney, who made his name (and an incredible fortune) as a member of the Beatles, met a woman decades younger than him and ended up marrying her. That turned out badly in the end, the marriage ending up in the divorce court and the lady in question seeking half his fortune among other things. Then there’s Hugh Hefner, Lord of the Playboy mansion and playboy bunnies he’s three decades and more, older than; a true Western Baroka , if ever there was one.

Let’s lay the premise right in this matter. What is it about men that makes them ‘change to newer models’ of women, the older they get? This trait has disgusted women from the beginning of time, and many find it incomprehensible that many men approaching dotage suddenly find ‘love’ and satisfaction in women thirty and forty years younger, abandoning their wives and partners of many years and seeking warmth and body heat in younger bodies. If I recall aright, there was a story somewhere that the sage, Mahatma Ghandi, when he was alive, would lie next to pretty young girls through the night in his old age, as a test (or proof) of his ability to overcome lust and temptation. I don’t need to lie next to anyone to tell them what the outcome of that would be.

There are many who say that young women who find much older men attractive are gold-diggers and are only interested in monetary returns. That may be true, but people are usually after one thing or the other in relationships. Still with reference to ‘The Lion and The Jewel’, Baroka was no ordinary man. He was highly intelligent, possessed a kind of rusty charm and was as cunning as men come. He laid a systematic plan to beguile Sidi and it worked brilliantly.

We cannot doubt that a lot of older men or ‘powerful sexy grey’ as I once saw it nicely put in an article, have a lot of appeal for young females. For one, they are usually not given to ‘drama’ or uncontrollable emotions. They will not threaten to hang themselves by the neck or take sleeping pills over-doses because the girl is threatening to leave. Often, they are more self-assured and financially comfortable and life’s experiences have mellowed them the same way it adds zing to fine wine. They are more patient, often much kinder and seem to take everything in their stride.

The younger girl is often mesmerized by this man who is able to relate with them on all fronts (apart from maybe, the night club scene). Oddly enough, many older men can actually relate with younger girls on just about every topic under the earth. The girl is often taken in by the sense of self-worth and the ability of the older man to meet her financial needs is a great advantage.

The Whisperer’s point? It is not every relationship between the old and the young that must have an angle or one of the parties seeking an advantage. Sometimes it’s just plain love. Please note that the Whisperer is not encouraging men who trade-in ‘older’ models for newer ones. I am particular about instances when both parties are free of all encumbrances and genuinely decide they want to be with each other.

As an aside, I was listening to a radio station as I drove through the streets of Lagos the other day and heard someone phone in to a programme on the station to complain about an altercation he had with an Indian as they both drove on the streets of Lagos. The show presenter on some community programme mimicked an Indian accent as the caller vented his annoyance and both went on and on about ‘people abusing me in my country’ and other such gibberish. Our politicians and governments abuse us so much and in so many ways, we should be deadened to external abuse now. Driving down the Mile2 road to the Lagos State University at night, one of the most dangerous roads in the country because of the menace of bandits at any time whether day or night, is enough abuse by any government. Politicians who loot the treasury and are treated as heroes show another form of abuse. The crux of the matter was that the caller and the called were so xenophobic, it made my stomach turn. Nigerians are known as a very accommodating lot, and so a presenter on a public station sowing seeds of hate was appalling.

I would hate to be in a country where their radio show hosts mimicked African accents and treated outsiders as unwelcome. It showed a distinct lack of sensitivity by these parties. It is also quite possible that the Indian in issue is Nigerian by birth or naturalization. We’ve come that far in the world now. If that kind of conversation took place in the ‘developed’ world, there’d probably be a sacking except it was on a station owned by the British Nationalist Party or the Ku Klux Klan. The singular fact that there was no outcry shows we’re still a long way off from where we should be in some things that matter.

So back to my point. The next time you see a Lion in pursuit of a Jewel, remember you might be witnessing genuine love, each side giving to the other, something they cannot find elsewhere. Sometimes motives are pure and it is a meeting of two philosophies- ‘If age could; if youth knew’.
Posted by laspapi at 12:47 am


Permission Granted for earlier request.(Actually i'm quite honoured you're even thinking of using my material)Cheers.

i watched the play two sundays ago,
after reading the book,it was refreshing to see a well directed version played out.
welldone!

Why would a broadcaster mimick an Indian accent or any other ON AIR? It just shows the emptiness of some people's minds and the calibre of some of those occupying air time in our radio stations. And what do they mean by ‘people abusing me in my country’? Have they seen nigerians in 'action' at peckham,london or in downtown new york?

....I have seen cases where old wines go well in new bottles and I have also seen the abuse of that fact...I believe wherever you find love, if you can...cherish it, treasure it.

Hey Papi...Trading in older models for newer ones has been going on for so long and i have never understood it especially since if an older woman trades in her husband for a young fine fella...Has that even ever happened?

Hmmm, " The show presenter on some community programme mimicked...", it beats me. However, i believe we should stop ascribing intellectual depth to people who are opportuned to have public audience.

Anyway u dice it, it's perverted for man or woman to be in a sexual relationship with someone half or double their ages.
with age should come wisdom and wisdom dictates the old should be protective of the young and impressionable not preying on them for obvious reasons.

it is perverting "real love",the institution of marriage, and making a mockery of parenting and humanity.

that's some kind of love that sets up their spouse for widowhood in their prime and takes no thoughts of the children.

is it mere coincidence that there is always wealth, power and influence in the equation? i think not!


it's pedophilia dressed in silken rainment.

okay, about the show presenter and caller... only thing i have against the situation is that the mimicking was done in anger... or spite. Ever watch -- Comedy Central? or the movie -- White Chicks
Its the same action... isn't it? just different umm scenarios or motives? **shrugs**

How have u been Uncle Wolzzz??? been a hot sec... be blessed oga, hopefully talk 2 u soon

I watched this play in Chicago a couple of years ago- it was acted by Black Americans- and i was disappointed- as i didnt understand the Nigerian words they were saying.....