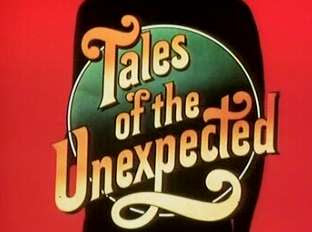 The Girl Whisperer
as published
by the Sunday Guardian

Tales of the Unexpected

The world has a novelist whose name has stood against the ravages of time. His name? Roald Dahl. He was a soldier, who was also involved in espionage amongst many other things in his lifetime.

As a child, the Whisperer would sit enthralled, watching the television series originally based on Dahl’s work and wonder about the heart of man. With adulthood however, one learns that it really is an odd world and tales that will leave you numb in disbelief, exist everywhere.

The first tale I would like to share is that of a pleasant young woman I first met about a decade ago outside Nigeria. At the time of our meeting, she had two kids and was living with a man who was not the father of one of her children but more than a decade before, she had left her West African country of birth on account of the war that had turned it inside out and in doing so had left the man she considered her true love behind.

This man was a bodyguard to the country’s despot (I kid you not) and had to flee when his boss’ government fell. She made it to Europe but when she next heard of him, it was that he had become a refugee in a camp somewhere in Nigeria. Now many of you probably had no idea that Nigeria had a refugee camp for many years. It was situated in Oru-Ijebu somewhere in Ogun State and had people from Sierra Leone, Liberia, Rwanda and many other war-torn places. How did I discover the camp? I was studying for a Master’s Degree in Humanitarian and Refugee Studies and my Professor, Akin Ibidapo-Obe, insisted I had to visit the camp for my research, which I did several times. That camp did not have electricity even though it officially housed thousands of people and many of the floors of the buildings were earthen, meaning people who lived in them could catch pneumonia. I knew of an old man from Liberia whose grandchild died from that illness in the camp. But away from my angst about governments that do not do what they should and back to the tale of this woman and her true love.

So she heard he was in a refugee camp in Nigeria (the Whisperer never met him) and then he disappeared only to re-surface in another refugee camp somewhere in Northern Africa. More than ten years had elapsed in which both had seemingly moved on with their lives, the man in the best way he could under harsh conditions and the female, bearing children for two other men.

But one day, she kicked out the man she lived in Europe with, boarded a plane and headed to North Africa. There in that desolate camp, she found the man she had never stopped thinking of and they got married in the embassy of the country that had given her shelter all these years. They stay together in Europe now and I would like to think they do so happily. The Whisperer has a photo of them together. Any dream can come true if you have purpose and determination.

Then there was the time a couple of years ago when the Whisperer went to the cinemas alone (he has been known to do that from time to time, sometimes the pleasure of a movie can be made dull by bad company) and what was showing was Sandra Bullock’s “The Premonition”.

When the movie started, I found myself sitting in a row just before a noisy couple. The noise came from the man, mostly, and he spoke into his phone to some unidentifiable caller as the movie ran (that is a nasty habit, using a phone in a movie/play theatre). When he finished with the phone call, he commenced talking to his friend at the top of his voice. Well, it sounded like the top of his voice seeing that his mouth was only a few inches away from the Whisperer’s scalp. I decided I was seated in the wrong place in the half-full hall and therefore climbed over the row of seats (That’s right, I didn’t use the aisles, I was that desperate to get away from them). Three rows in front and a lot further to the side, I found the peace I craved for or so I thought. But from nowhere, I felt popcorn landing on me. It was a female and her friend on the new row I had joined. In the gloom of the cinema hall, I thought she looked a bit like my female friend from University, let’s call her D.T., another movie buff, so I gratefully sidled to sit in the chair by her side. It wasn’t D.T. It was some a girl who pretended to show compassion for my earlier plight with the loud couple (half the hall had seen me flee them) but in the next few minutes, she had her hand firmly around mine in the dark hall, squeezing it from time to time as the movie went on. When Ms. Bullock appeared in front of the house of the woman her husband had been cheating with, my ‘companion’ shrieked at the screen, “Does she know her husband is skrulling her?” I hung my head in despair as she repeated that line a few times at the top of her voice. My soliciting friend meant the socially unacceptable word, “screwing” but obviously had learnt to speak English in the wrong schools.

When I unobtrusively tried to remove my hand from her claws, she growled belligerently, “Whassamarrer, where are you going?” I knew the audience in the hall that day might have felt I had lost my mind if I climbed over the seats again.

And then my saviour came in the shape of Frank Edoho, presenter of the television game-show, “Who wants to be a millionaire?” He and a male friend of his had entered the hall, late for the movie, and as they sat just a few rows away, I fled to them for safety.

The Whisperer has had more adventures than is his fair share and prays that all the unexpected tales you have will be ones with beautiful endings. May the new month be a rich one for us all.
Posted by laspapi at 2:02 pm

Labels: Tales Of The Unexpected, The Girl Whisperer

As usual you have made me laugh with this post. You should update more often jare, i don't want to have to wait months for a fix and then OD.