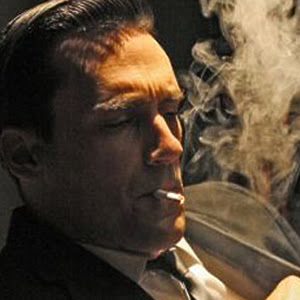 The Things Men Do.

Last night, I was in a telephone conversation with a friend whose family has diligently read the Guardian in Warri where they stay, for many years. She told me she had taken two days out to read the Whisperer’s articles after she and I became acquainted. That would have been over two years worth of Sunday ‘Newspapering’ and I was suitably impressed. She had made an observation however, and that was the Whisperer had not written of seduction and love on the rebound in any of the columns. That caught my attention. I was not aware there was any part of the world of men and women I had not written on, skimmed past, or prodded in some way, in over more than two years. The issue with relationships however, is they have so many compartments and then sub-compartments which also have their own spin-offs that I could write for another fifty years and still have enough material to start all over again with.

Still, I asked her, “What do you mean by seduction?” She was stumped for a few moments there but admitted it was a very broad topic. The very idea caught the Whisperer’s interest, however. What does seduction mean? Do people who are really seductive set out to do so deliberately? Is seduction in the quick flick of the tongue across the lips when a girl sees a fellow she likes? Is it in a sashay of the hips across a deserted hallway when the subject whose attention you are trying to catch is just a few metres away?

If you believe that is what seduction is about, you know nothing of it then. The unnatural things people do in their bid to forcibly impress other parties comes across as contrived, clunking, obvious to the target and unattractive. Learn from the Whisperer as he writes of what real seduction is. It is beyond words, beyond anything you can put a definition to. It is in the things you do without a moment’s thought. It is in the intelligence of your mind when you are in conversation with someone who is as intelligent and is in desperate need of meaningful discourse. I met a female a few weeks ago who seduced me with her mind without even trying. Physically, she was drop-dead gorgeous which is a great plus in any man’s computations; the Whisperer is still a man, after all, but the power of her attraction was that she was a intelligent as she was beautiful. Asteroids fell, stars crashed into each other and the sun went into eclipse as we spoke. You must realise however that we are talking of the art of seduction, itself, and nothing more. The fact that you are seduced does not mean, necessarily, that the seducer wants a relationship with you, since some of these signals are not even deliberately transmitted. Seduction is in the charm of the fellow you just met which he appears to have worn like others pour on perfume and it comes off him in gusts. You think, “Dear Lord, if only...” It is in the eyes of the man or woman who grins at you across a crowded street because both of you have just witnessed something silly and you feel connected in a way strangers sometimes do when they recognise a kindred spirit. If you have to work at seduction, then that is no longer what it is; it has become a manoeuvre, a ploy to make yourself attractive to another.

Love on the rebound sounds like a tactic performed like a lawn-tennis player on a basketball court. No one should start a relationship with another because you are trying to fill the space someone else left in your life and your heart. Sadly, many of us do exactly this even though we know it is the recipe to unhappiness and further pain. You are at your most vulnerable when you have just come out of a fragmented relationship and there are many who will take advantage of your need for solace.

As an aside, I was told of a lady who considered some of my writings, harsh. The truth is abrasive sometimes, and the Whisperer will not, for the sake of keeping feathers unruffled, couch quinine in sugar. So there.

Another ‘aside’ was this very lovely woman I met, who asked three people, after our meeting, what they thought of me. They, without exception, called the Whisperer, a flirt on a gargantuan level. I suppose writing an article that is meant to be a personal letter to many women and describing what you have experienced and seen might make one come across as a flirt of sorts. No matter what they think, this Whisperer still has a crush on Brittany Murphy. Please let her know if you meet her before I do. These articles have also provoked an inordinate interest in my private life over the years. I am the Whisperer, a very private man, emphasis on the “very” and you may consider me an “international man of mystery”. (I’m smiling at my foolishness now as I steal the line from the movie- Austin Powers’). My private life will remain that way, private, as we all walk this journey together. I was in conversation yesterday about status updates on Face book and the site sometimes telling half the world, “so-and-so is no longer in a relationship”. I cannot fathom why anyone would want to make his or her private life the stuff of gossip fodder in a forum that can be seen around the world. These aren’t marriages, they are relationships and that is what they do sometimes, they break up. When you make your private life the equivalent of newspaper headlines, you are asking for trouble for yourself and those who matter to you.

Every Sunday this month, the Whisperer’s “Tarzan Monologues”, the world as seen through the eyes of men, will be live on stage at Terra Kulture at 3pm and 6pm. It tells of all the issues that trouble men, and those things that make them vulnerable. You may subtitle it, “the Things Men Do”.
Posted by laspapi at 2:07 pm

Labels: The Girl Whisperer, The Things Men do

No other image could have done justice to the title of this article than that of Don Draper.