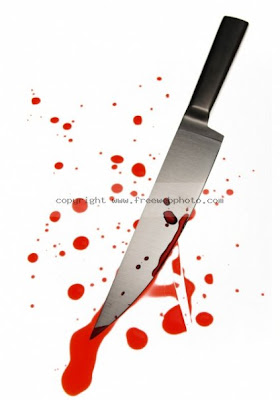 The Whisperer is back in town after a holiday that allowed him look at the world again with fresh perspective. He did not go to a perfect place; just one in which, well, things happened differently. On my first day back in my country, I went to that place of starry-eyed internet providers with a branch office on Bode Thomas street, Surulere, to renew my subscription. I met with service so appalling from three different members of staff of the place, I knew the only reason they survived was because there is so little competition in their area of business. I had just returned to this service providers who make me pay monthly, ten times what those in the place I had just visited pay, and that other place has ten times the speed of access. I do not exaggerate. The only people who were showed courtesy as I sought to pay this exploitative sum for primordial services were the uniformed security guards and the very pregnant female who handled customer enquiries. Apparently no one else felt they needed to be polite to customers. Still, with that kind of service, the time will come when the mortal blow they have dealt their relationship with their clients will show how hard an effect it has taken. Yes, the Whisperer is still talking about relationships, even if it is between telephone companies and the paying public that sustains them.

So off I went, getting used to driving again after several weeks of clambering on trains and buses. My next stop was Victoria Island, to pay the cable company and then have my car washed at the end of the street close to Kuramo Beach. As I watched the fellow washing a 4 by 4 with one and half buckets of water and a plastic cup meant for drinking, I knew I was back in the land of drama. I was not disappointed when about four feet from me I watched a scenario so surreal, it could not have happened elsewhere apart from my land. A drunken cook, who the day before apparently “borrowed” his “master’s” mobile phone, came to drink the liquid fire they call alcohol sold at the beach, met up with a fellow he claimed to be his “brother” and then consorted with a prostitute introduced to him by this “brother”. By the time the liaison was over, the prostitute was richer not only by the money paid her, but also by the phone she had lifted off the cook. Now let me describe this cook to you- He was about five feet and three inches tall, very fair in complexion in a way that pays no compliments to very fair people, had a white t-shirt on that had a faint spattering of blood and had no shoes on. His “brother” was a fellow about six feet tall, dark as the sun in total eclipse and they called him “Osaz”. Osaz who was as drunk as a skunk as was the cook on the flammable stuff that passes for drink in that area, was screaming at his “brother”, the cook claiming he knew nothing of the missing phone. The interrogator was a quiet-looking well-dressed man; too well dressed for the area where we stood and who insisted the phone had to re-materialize. Osaz continued to express his defiance only a few feet from me, everyone else yelling as well, and from nowhere, the well-dressed man produced a pistol. Yes, that kind that perforates people if you stand in the general direction it is pointing. By this time, there were about twenty people gathered who were some of the most-evil looking people I had seen in a long while. The villains in the movies, “City of God” and the banned “District 9” had nothing on these ones. These scarred people with dead eyes watched the unfolding scenario calmly, and when the gun was produced, I noticed I was the only one who flinched amongst those gathered. All in a day’s work for these gentlemen. The fellow performing a miracle by washing my car with air instead of water didn’t even look to see what was happening though he could have touched the main actors with his sponge if he had stretched. Osaz stepped aside to save his teeth from turning to rubble when the phone-seeking gun producer tried to swipe him across the mouth with the butt of the pistol. For some reason, the main parties turned to me and began to report themselves. I tried to be calm as I listened. According to the gun man (who apparently was a sergeant in the Nigerian Police attached to the owner of the stolen phone), the owner of the phone had sent him to retrieve his stolen property that had passed into the hands of an unidentified lady-of-the-beach. The sergeant told me of the stupendous wealth of the phone owner and how he owned “almost three aeroplanes”. “Stinkingly (sic) rich”, he described him as he told me of the man’s businesses and where his offices were situated. I still cannot figure out why I was chosen to be a member of the jury in the proceedings. It might have had something to do with my cavalier-style hat but the long and short of it was that the phone was retrieved after threats, cajoling and the same gun pointed at the lady who had lightened the cook off the burden he carried.

But back to “mortal blows”. We all know of people we have loved despite all their shortcomings and limitations. There are many people we have given our hearts to, whom in truth, did not deserve the honour. Yet for reasons we have not always been able to justify, we have pressed on, loving unconditionally. Many would have asked us, “Are you just plain stupid? Can’t you see what he is doing to you? How he/she is taking advantage off you?” However, we are able to accept the person’s imperfections, which is as divine as love can get, I reckon.

We soldier on bravely, loving in spite of it all, gritting our teeth and accepting that love is not always perfect. The person we are with cannot believe his/her luck, being able to get away with sheer murder in situations other partners would have long walked away from. However, as is the case in human relations, the partner who has been able to get away with everything, forgets himself/herself and continues to push, until a mortal blow is dealt the relationship. The mortal blow is the one blow no relationship can come back from, no matter the amount of pleading by the party that has done wrong, or how hard the wronged party tries to forgive and forget. It is literally the straw that breaks the camel’s back and it is a line you cross without realising it. One day, the party that has accepted all the rubbish for so long simply cannot take anymore. You do not know how you get there, you just find yourself in that place where you know you do not have the capacity to be insulted any longer. It might take months or even years. But it will happen if one party takes the other for granted. It might be infidelity or abuse and I do not talk of physical abuse (no one should wait in that situation) but of the emotional degradations that attempt to decrease your self-worth. I write of that partner who does not give the respect that should be your right, who pushes until you have nowhere to turn and you finally look him or her in the eye and say “no more”.

I write this for those who have taken advantage of the love they have found and have abused it, imagining it will stay forever. Love will go if you do not nurture it and you will stare in astonishment when you see you have nothing where once you were Lord of everything.

We all have a tendency to forget ourselves when we find a good thing; and to think love is a right. Having another love you is a privilege and we must never forget this. For those of us who have dealt repeated blows on the relationships we have and have taken morbid delight in the resilience it has shown, a time will come when cracks and fissures will appear. And you will be unable to paint them over.
Posted by laspapi at 2:42 pm

Didn't know you were back. I just read two of the articles but will return for the others. Nice writing!

...lol! @unidentified lady-of-the-beach lyk the irish will say 'u had me in stitches'
your cap made u the grand jury, it's amazing the things that happen during the day
....it's also amazing how people stick to relations " of sheer pain"