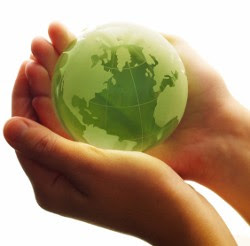 The Whisperer has had several adventures over the past few days. One of these was a plane trip to Europe that suddenly detoured and chose to fly to the Republic of Benin. No, it was not as a result of a hijack. That airline named after people who have had no intimacy with the opposite gender was my carrier and decided to fill up its fuel tanks in that neighbouring country because Nigeria was facing a fuel crisis for the umpteenth time. So the pilot announced the detour and assured us it would last for about forty-five minutes and away to Cotonou we went. Apparently the airstrip we landed in was unused to air planes of the size we were in as it took forever to fill up the tanks and then the issue of payment came up. The authorities at this “airport” refused to accept credit cards or any of the usual means of payment the airline used in regular airports. They insisted on cash, not pounds or Euros but American dollars. When the pilot and his crew magically produced the cash requested, the Beninois authorities refused it because they said the money bore those little security stamps Nigerian money lenders are so fond of putting on the notes to show genuineness. Apparently, once Nigerians touch notes, something happens to the money.

Some passenger carrying cash “lent” unmarked notes to the airline and then came the issue of the calculation of the sum demanded and its equivalent in dollars. How did I know all this? An exasperated pilot kept announcing to us all how things were going. Once in a while, he would finish with the half serious-half pun utterance -”The wheels of progress grind slowly in West Africa”. I didn't know whether to laugh or cry at this.

After about four and half hours, in which we were not allowed to get off the plane, even though we were only fifteen minutes away from Lagos, and in which we were trapped in close quarters with squabbling kids and their irritable mothers, but in which thankfully the air conditioners stayed on, the plane took off from Benin, Europe-bound, at the time it should have been landing in Britain. The proximity of the passengers led to debates and name-calling among the passengers. People were torn as whom to blame- The Beninois airport authorities who had found their day in the sun and had stood for more than four hours between us and freedom? The embattled Nigerian government which could not supply aviation fuel to air planes? Or the airline that had been forced to show innovation by flying to a neighbouring country?

The time in limbo gave me time to reflect on happenings and one of these brought the title of my piece- The Privilege. The problem with this world, as I read somewhere, is not that we ask for too much but we are ready to settle for too little. The day we realise we are worthy of whatever good comes to us and that evil happenings and misfortunes are not as a result of some “karma” for something we did in another life, we'll have a flying start ahead of the rest of the pack.

You must see whomsoever you have a relationship with or intend to have one with, as someone you are bestowing a privilege on. The privilege of knowing you, of having first call on your time and emotions, of being allowed to spend time in your presence and the like. Same way you must understand it is a privilege that person is bestowing on you. How did I come about this philosophy? I received mail from a young woman who said she was interested in the theatre (some of you might know the Whisperer is a somewhat busy theatre producer as well) and I offered her a chance to see a rehearsal. I thought all was well with the world until I received one of the most annoying letters that have come my way in recent times. This female I had forgotten since our meeting, sent in an article she had written and wanted me to give an opinion on (which is as normal a request as a writer can get). The problem I had was with the addendum, in which she said she had a crush on the Whisperer which was now no more but we could be friends and she hoped there would be no hard feelings.

I answered her telling her she had been presumptuous in thinking that the fact she had a crush on the whisperer meant it would have resulted in a relationship if the crush had stayed. I thought it was amazing she had concluded that her liking me was enough to fuel a relationship if she so decided.

You do not assume because you feel like a relationship, every one else will jump in line to await your command. For those who do not see even their friendships as privileges, it is about time. If you do not place value on yourself, no one else will. Firstly, don't apologise for being intelligent, smart, good-looking, witty or any of the other pluses you might have. Do not demean yourself, or force your light to burn less bright because you are afraid you might eclipse the person you are with. What is the point of being in a relationship you are afraid to be yourself in? Let your confidence border on (but not quite be) megalomania. Be yourself, be real, and walk with your head high.

I consider my friendship a privilege, the same way I consider the friendships of those who are close to me, privileges. When you are allowed into the lives of others, you are privileged to do so. Do not sell yourself short in this regard and do not settle for less.

As the year careens towards its final month, remember you have a right to be here too and there is nothing the matter with blowing your own horn from time to time.
Posted by laspapi at 2:29 pm

Labels: The Girl Whisperer, The privilege

"...whom to blame..." whoever succeeded in getting the blame, i for one will not blame the Beninois because they had principles and stood their grounds that they will not collect money that bore "...little security stamps...". Simple.
In essence, we should learn not to be too "...ready to settle for too little."

Note, the issue here is not the rightness (or otherwise) of the principle but, the fact that they had the character to hold-on to their principle. We sure need that spirit in having a paradigm shift in the Nigerian populace.

"You must see whomsoever you have a relationship with....as someone you are bestowing a privilege on." this is so apt. It will also help to build (individual) self-image (hoping on the positive side tho').

ooo the WHisperer's got a (non)secret-crush lol!!! some gangster stuff.....
i love your take on privileges....

LMAO!!! @ -”The wheels of progress grind slowly in West Africa”. sounds like the utterance of an oyinbo man who has just 'had it!'
still can't believe you had to stop pover for fuel....some sort of adventure....

Nice write up. With the fuel situation, i blame the airline. Any monetary transaction in West Africa should at least be discussed prior to the exchange of services or goods for money ie in what form the money should be.
Cheques and credit cards are viewed with suspicion and all the airline had to do was ask, 'omo, na how you wan make i settle?'
As for relationships, i agree jo, all my friends are privileged to know me!