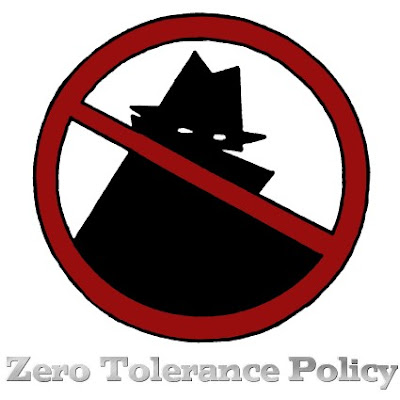 I’m not certain about the feelings the Governor of Lagos State evokes in the average law-breaker (which used to include half of the citizens of the state). Prior to him, most things went, most laws could be manipulated, could be side-stepped. If you felt like using the Marina as a toilet in broad daylight, in full view of all the expatriates and potential foreign holiday makers we keep trying to make tourists, you could. It was a captivating scenario to behold each morning. Row upon row of men, crouched low and engaged in their morning toilet, cigarette dangling from one corner of the month, rumpled newspaper in hand doubling as a fly-whisk and as toilet paper, but all that has come to an end now. He’s grown flowers there and his commissioner for tourism has placed a large boat at the end of the Marina, which they say is a hotel and restaurant. All of a sudden, there’s a man with an army on the streets, pulling down illegal structures, arresting people for driving down the wrong end of one-way streets, a ‘minor’ offence in previous times and horror of horrors, these law enforcement agents are asking for proof of tax payment. Yes, his internal revenue officials now roam the streets. There are residents of the state who are afraid if they go home for their holidays, they won’t be able to come back because Raji Fashola’s men will be stationed at the borders asking for tax returns. Just as an aside, that’s can’t happen, particularly in a state governed by a lawyer turned politician because there would be fewer acts more xenophobic in the history of Nigeria. Still, those who are afraid won’t be reading this newspaper. However, his ‘armoured’ vehicles proclaim the legend, ‘Zero Tolerance’ and it appears he is determined not to tolerate the nonsense that once reigned supreme in this city.

Personally, I am awed by the determination of this man and even though I am one of the ‘law breakers’ he has forcefully converted (I own a 750 cc Suzuki motorcycle, which you know as ‘Power Bike’ in lay terms), he has forced me to obtain a ‘rider’s card’, some form of licence with a personal registration number that permits me to ride a motorcycle and a ‘road worthiness certificate’ to prove my motorcycle is not a heap of scrap held together by wire. Which brings me to ‘Fashola’s army’ that’s in charge of enforcing these laws. The guys who issued the licence on Lagos Island are okay, but those he has put on the streets to enforce the possession of these things are some of the most clueless people on the face of the planet. They ask for the strangest things, hackney permits, local government stickers on private bikes, just the same way the maniacs from the local government offices used to try to ‘arrest’ you for changing lanes in traffic. I was chased once while I rode down a quiet road by a rabid man in a fluorescent green bib with painted-on words I didn’t bother to try to read, his only identification as a ‘government’ official. Hazy offences, manic enforcers; great laws, disturbed enforcers. The governor needs to add more enlightened men to the ranks of his enforcers.

Zero tolerance- Could you run a relationship with a partner that way? Give no room for mistakes, for errors in judgement? You catch her giving an admiring look to a sculpted guy whose muscles ripple under his shirt and you’re forced to unobtrusively try to hold in your own stomach. Upon your return home, you announce to her, ‘It’s all over. I saw the look that you gave him’. Zero Tolerance. You see she holds your good-looking, rich new friend’s hand for too long after a hand shake and you fiercely whisper into her ear even before the party’s over that it’s not going to continue between you two, because you can’t take her lascivious ways. Zero Tolerance. It’s a good thing relationships aren’t like the government’s laws. If they were, there’d be none left standing. The only way a government can get its business right is to be determined to enforce its laws at whatever cost. Pull down illegally constructed houses (Remember El-Rufai in Abuja), arrest military personnel that beat up a young female for not getting out of the way of their screaming cars on time, and apprehend army officers driving down the wrong end of a one-way street. I saw a picture of Fashola lecturing a sheepish-looking soldier once who had decided to take a shortcut because he was one of the untouchables. Yeah, maybe you could do that before the entrance of Fash The Cash as governor. Fashola’s busy repairing Lagos and he’s raising the money to do so anyhow he can. So all those who used to think obeying laws was only for when holidaying in the cities of Europe should be afraid. Be very afraid.

On the other hand, a personal relationship cannot survive on Zero Tolerance.

You cannot have a relationship in which you are not bending to accommodate your partner. Note that the operative word is ‘bend’ not ‘break’. Human beings differ, one from another, and the one sure thing in life is that your partner will err. You will consider some acts by your ‘dream partner’ as unacceptable and worthy of a relationship review, but you must think again. If you wanted to date the perfect person, you should have made a clone of yourself... or married your sister.

Now you see where I’m going. Sometimes, our rigidity does not allow us fully appreciate the beauty others can add to our lives. If we only give room for the fallibility of human nature, many relationships would be better. It’s often wiser to have done your ‘screening’ of your potential partner well before the relationship starts, and not halfway into the affair when your change to a sudden zero tolerance stance is inexplicable.

Remember, a personal relation is different from that of a government and its recalcitrant citizens. Love really does conquer all. Amor Vincit Omar.
Posted by laspapi at 7:21 pm

rili wish more guys would take note of this and make sure the girl fits the bill before starting the relationship instead of going a longway and then telling her she doesnt fit ur 'wife' category. pissing.
and whats with the double standards where guys can do one thing but when their chic does it she's loose or whatever?

Hmmn word of wisdom from Laspapi...as usual!!! Personally, I believe zero tolerance is not the right stand to take in a relationship...either platonic or otherwise! after all the good book says "love conquers a multitude of sin" I feel we are all guilty of applying the zero tolerance rule at some point or the other in our relationships...how you ask? well when you want the other person to do things your way...without bending!...on days you proclaim it is either your way or the highway...We need to realise we're not perfect either(and I'm talking to myself!!!)...thanks for this post! Zero tolerance with regards to govt...is another issue entirely...I really don't mind this zero tolerance thingy...so long as the rule is not put through the "animal kingdom" way...i.e "all animals are equal but some are more equal than others"...in other words the law should be enforced on ALL and sundry!!!

i know some of them peeps dont know their jobs

but lag is berra this days...

Laspapi, am proud of this write up.. its a good idea you get it out on a Lagos newspaper.
Segun Kosoko

Laspapi, a wonderful taught.
I recommend you get publish this on a lagos Newspaper.

I agree that I like what Gidi is becoming or has become (either way, its a work-in-progress).

I know that 'Oju lasan o shee fi she were' (Anything worth doing is worth doing well. LOL) but then I hope we do not end up the way we ended up with WAI.