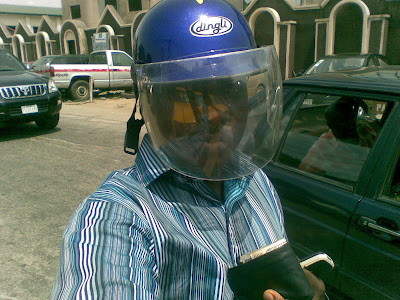 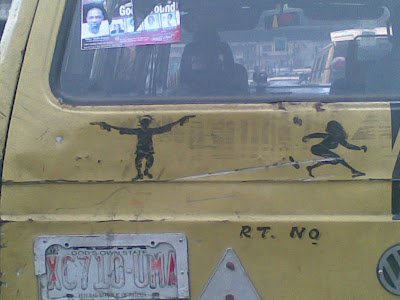 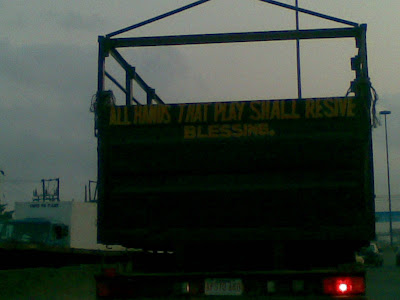 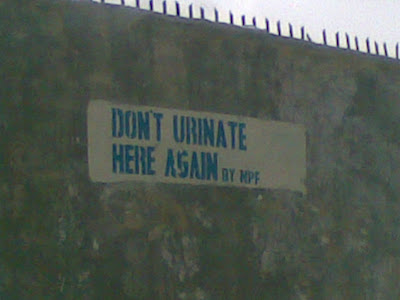 ANOTHER DAY IN THE LIFE OF A LAGOSIAN

Pic 1- laspapi poses on a commercial motor-bike on the way to a meet on Victoria Island after leaving his car at another end of the Island. Traffic!!!

Pic 2- The back of a bus. Painting shows a weeded-out gun-slinger/armed robber/vagrant psychotic waving guns around as a woman flees.

Pic 3- English is not my mother-tongue.

Pic 4 - The Nigerian Police Force joins in the War Against Indiscipline.
Posted by laspapi at 2:14 am

Hello Wole,
Good to see you are still in fine voice. To do a bit of gratuitous plugging, I recently recovered my voice over at www.digital-crossings.com (aka digitalcrossings.blogspot.com). Let me know what you think.

...for some reason, seeing the first picture i felt something was missing. Seatbelt, ouch.....