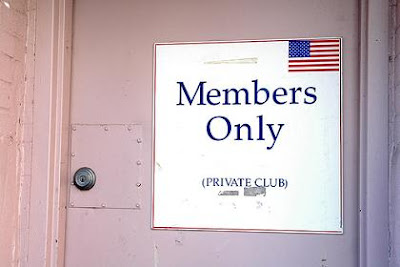 
In affairs of the heart, there are many people all over the world who play and have been played. For the uninitiated, we shall define the player as a person who speaks of, and does loving things to his or her partner, whether prospective or substantive, without serious intentions. That last line means ‘whether the player has acquired the target or otherwise’. Pardon me, but the lawyer in me breaks out from time to time.

Players can be of either gender and of any age. The young male player may be a college student or a working professional. To this one, the world is his oyster. He is awakened to the immense possibilities females have to offer and he takes this opportunity with open arms. Excuse the pun. He may be brash or quiet, gentle or aggressive in his approach to life. This young male is the least skilled in the cadre of players but this is on account of age. There are some things that can only be learnt through experience. The female equivalent of this player might be good at ‘multi-tasking’ too. The Whisperer has met young women who have more than one partner and are able to keep the different parts of their lives separate. The undergraduate who has a boyfriend in school and is also dating a ‘man from town’ is a perfect example of this. Each partner hears her say ‘I love you’ and in some deep recess of her mind, she might mean it but her aim is to keep juggling for as long as she can, until the house of cards falls, if ever.

I once knew a girl whose boyfriend used to be a friend of mine. She was the one who first approached him, a fact the Whisperer has no problems with. There’s no problem with being direct if you want something. He was rather well known then and she picked her target well and they started a relationship which appeared to be going along well but there was this little problem. She was a student and he worked. He would say goodbye to her in her hostel at night, the ever-conscientious boyfriend and she would hit the night clubs a few hours after. As an aside, the night-club frequenters get there well after midnight. Even if you laid siege till midnight, you would never catch a partner who is inclined that way. He later found she was running other relationships simultaneously with his. He would go home and she would get into the car of another fellow and park in some quiet corner of the school. If you have a playing partner and you know in your heart (we always do but refuse to face up to it) that the stories you are told, don’t fit together, take a long walk away from the relationship. We make excuses all the time for those we think we love. My friend found out of how he had been deceived when his girlfriend fell out with a female friend of hers. That female told him things about his girlfriend that made him physically ill. It is important we choose the right partners.

Just in case there are men reading this article who think females are the only ones capable of deceit, the field is an open one in this matter.

A female undergraduate (It’s undergraduate day today) met this nice young man who was home on holiday from England where he lived. He told her he loved her and all the other things men say to women. On one of his visits to the country, he told the girl, who loved to boast of their relationship, that he had to go to his hometown. Loving girl accepted his story and sent him along his way with flowery kisses. The next Saturday, as she and her friends sat in her room listening to the radio, they heard someone call into the radio station to wish a couple getting married that day, congratulations. It was her boyfriend’s name that was called. He had come into the country to marry and the undergraduate was a plaything for him.

The girl who had been played, fainted, and her friends had to revive her. But they say ‘Hell hath no fury like a woman scorned.’ The scorned girl and her friends plotted against the day the fellow might return to see her. He must have had some kind of active sixth sense because he never showed up again. But a close friend of his, who was married, did. And the girls exacted their vengeance on that one. There are few things more dangerous than a cloud of girls in their hostel. They are in their element and you might lose your dignity if you fall into the wrong hands.

So they cornered the friend of the player who swore he knew nothing of the evils his mate had committed. The girls slapped him around a bit, swore they would openly disgrace him and then made him pay a ransom for his release after detaining him for more than four hours. He staggered out of the female hostel at about midnight, his wallet considerably lighter. And then remembered he had another hurdle to face, his wife waiting at home, wondering where he was. So he rubbed his hands on the earth around him to give a dirt, soiled look, deflated his own spare tire and when he got home, told his wife he had lost a tire on a bridge and had not been able to replace it for a long while.

There are times when a player gets played. When a person who feels he has life exactly where he wants it, underestimates a partner. I had a relative who felt he’d found a girl he could walk all over. She was about two decades younger and professed her love and her willingness to serve him forever. So he invited her to England where she was meant to be his wife and she took off once she landed on those shores. Apparently she had been biding her time. I felt pain on his behalf too and wondered why he didn’t see it coming.

The Whisperer assures you that if you look closely, you will know if a person truly loves you. The eyes never lie.
Posted by laspapi at 11:22 pm

i was in a car with a girl once, for every intimate conversation she had with 3 different people she ended it with i love you.yes she was an undergrad. she called it survivor, spreading your wings, cos u always get disappointed by a guy, you should have someone else to fall back on.
(i know lots of working girls who do it too, only they get caught easier)

i hang around enough guys to know 2out of 3 just love to be players. thats enough reason to keep a girl on radar and try to play every guy she meets, cos well he might be one of the two out of the three who cheat.

i've seen lots of players get played and the joy of it, oh the joy. i'm not saying its right though.

Oh...the good old it is in his eyes, I think kisses never lie too :)

I love the idea of a player getting played...it gives me joy when they get a piece of their own medicine.
I also believe that most, if not all, players have esteem issues or else they won't engage in such preposterous act.
Also I am rather old-fashioned I believe girls shouldn't be so 'direct'.
Well the law of Karma is always there, so I wnt bother my pretty little head.

the eyes don't lie.. but they can be trained, can't they? the mind can tell them what to see.. can't it?

@ Mamarita.. or the man could be a very good kisser?