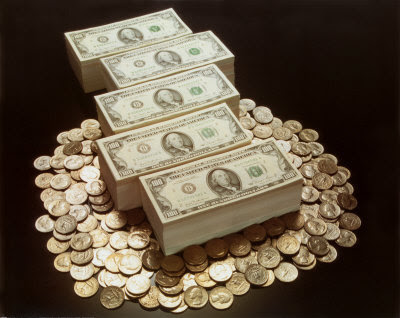 There are very few people who haven’t, at some time or the other, sat to ponder on why a partner who professes to love one so much, does so. We beat ourselves around the head. “Yes, she loves me, but is it because I’m comfortable?” “What if I didn’t own this car, or live in this area of town, or have this great job?” “Would this guy be crazy about me if my father wasn’t the Ambassador to Spain? (For the sake of those who might start calling to know the Whisperer’s connection to the diplomat just mentioned, the Whisperer randomly picked a nice-sounding job. He has no idea if Shrek is the Nigerian Ambassador to that country or Rafiki of “The Lion King”)

We get used to being admired for what we have become, unable to separate this from who we are, and sometimes, uncertainty creeps in, and in quiet moments, when the sounds of the television sets are muted and the car radio is silent, we ask ourselves what people really see in us. The beauty queen who has a host of admirers and tells her partner he should thank his lucky stars he has her, lives a life that some would term superficial. The Whisperer personally thinks good-looks are accidental; there are millions of very good looking people everywhere. It takes no skill, industry or brain-work to be born good-looking. What will often separate one from the rest of the pack is the power of the human mind and its level of development. We were at a surprise birthday party for a Nigerian television show-host when the Whisperer struck up a conversation with a ravishingly beautiful ex-beauty queen (It wasn’t Agbani Darego. That female can’t put a foot wrong in my opinion)

So this beauty queen and I got talking and the long and short of it was that she expected her husband or future partner, whoever the fellow would turn out to be, to take care of all her needs. She didn’t expect to ever work (or play, if you’re a dramatist) She was taken aback when I insisted both partners in a relationship should contribute to the home no matter how imbalanced the contributions are. It was apparent she had visions of lounging on couches fanning freshly painted, manicured fingernails for the rest of her life. She’s probably found someone to meet her needs, men are like that.

That original member of the Beatles, Paul McCartney, felt he had found true love again after his first wife and best friend, Linda died. He married the ex-beauty queen, who was meant to fill up the space his first wife left, but soon after, they had a fall out, and the new Mrs McCartney went to court to ask for a very large lump of his money and a few houses of his, to boot. I have no intention of causing Mr. McCartney’s former wife or her admirers any pain, but it has probably crossed the minds of observers that Sir Paul’s money might have been an underlying reason (no matter how minor) for that marriage. Those who make prospective partners sign pre-nuptial agreements might insist they have a defence in this case.

This brings us back to our subjective definitions of love. Do our partners love us for who we are, for who we’ve become or for our potential? Do they love us for our family background or for our ability to propel them on the paths they have chosen to walk on through life? On the other hand, aren’t these external things; our potential, jobs, careers and vocations, financial clout, family pedigree an essential part of who we are? Can we separate these elements from our persons?

“Love me for who I am”, many of us like to say. Don’t love me for material gain or my ability to promote your standing in society. How do you perform this surgical operation, the separation of a man from what he has become. A father grits his teeth and with shoes and clothes practically falling apart, sends his child to one of the best schools in the world. That education becomes an integral part of the person you are, inseparable, and some people will love you for it (and for that smooth accent they have difficulty in placing when you talk)

Realists will argue that people must love you for something! They will say love cannot exist in a vacuum and they might have a good point. If people will love one person for his or her ability to sing, why can’t they love another because of that person’s ability to earn money? In this area of ‘love’, there is no black or white.

I knew of a young man once, who would shake his head from time to time and say he was glad he was not of wealthy stock because the scions from great homes and families would never be able to tell if their partners truly cared for them. The problem he had was the possibility the love shown might be based on more earthly things by the more pragmatic suitor. When I pointed out to him that his own success with the ladies might just be because he appeared to have great potential to become a financial success in the future, he was struck dumb for a short while.

At any time, people are caring for each other for a variance of reasons. There has to be something. An “I just love him” does not suffice to make a relationship. Bill Clinton told his wife at their first meeting he was going to become the President of the United States. That kind of confidence was great incentive to love the smooth-talking law student. He did become President which should make us commend Hilary Clinton’s ability to decipher nonsense from straight talk. I mean, how many people announce they are going to become President? Everyone has done that at least once.

As an aside, I’m going to build the African version of 20th Century Fox and Paramount Pictures. Love me now to avoid the rush.
Posted by laspapi at 3:39 am

This made me laugh. Lots of interesting points. Maybe Hilary Clinton was just lucky...listening in at the right time.

But, d truth be told, y do pple who have money or have great potentials to have money worry so much about why someone loves them! i mean, a poor dude (unless he has really low self esteem) wouldn't worry abt that. in fact, he is grateful to be loved 4 something, be it dat he is good n bed or exceptionally cute. all dat psychoanalysis of why someone truly loves one or not is, if u ask me, entirely a waste of time. SHE LOVES YOU (even if it's because of ur money), BE CONTENT WITH THAT!!!!!!!

i think pre-nups & our culture, conventions are still not in talking terms yet.

"people must love you for something! They will say love cannot exist in a vacuum"
I belong to that school of thought!

As an aside, here! u need more than announcing...maybe taking ur lady (Hilary Clinton) to 'site' would do! One more thing laspapi, if the edifice is not standing yet...on ur visit make sure there are guys on site (work in progress). else, for her (ready-made) corporate picture is still a beta choice.

This love this is just very grey right now..imo!! It means a lot of things to different people

There are however enough gold diggers around to warrant prenups!

Yeah, and when the rush begins, you'll have the pleasure of picking the best from the lot huh? lol!

But seriously, I don't think love exists in a vacuum. People love people for something! Now the quality of that love in my opinion is measured by what that 'something' is!

Interesting topic, I was just discussing something similar with a friend the other day. I personally think that it's a hard life for rich folks, but life is a gamble, you take your wealth and hope to high heavens that the woman/man your wealth has attracted will fall in love with something else that is not your wealth.

I cannot believe people actually want to sit at home twiddling their thumbs all day. Forget everything you know....what happens if the man dies one day.....CHEI! God help us all, then again you did say she got paid to take pictures so....... (no offence to all the hard working models)

Laspapi... I have been wondering when someone will get around to noticing we need higher standard for our movies and what not. so kudos.

I'm just going to avoid the rush now and declare:
I LOVE YOU!!!

You made the point: Good-look is accidental.I have long been convinced that it is the lesser mortals who marry for mere looks or wealth.In truth,the joy in such marriges don't last.Love has to develop from true friendship.