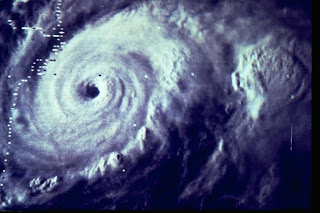 as published by the Guardian

In the banking industry, there is a phenomenon known as ‘Hurricane Cecilia’, and legend says this hurricane who heads one of the country’s mega banks hit the industry like a force of nature, hence the nickname; taking what was just an average outfit and turning it into an enviable organization.

Why does the Whisperer remember her? A while back, as I sat at a dinner organized for the patrons of the Muson Centre, the ‘Hurricane’ swirled in, surrounded by a phalanx of aides, secretaries and assistants. A noticeable thing was that all those who were with her were men; suit-wearing power-types, the kind that puts fear into you if you can summon the courage to ask a bank for a loan or if your loan return-date is overdue. All these men were kow-towing, showing the highest level of respect to her and one was carrying her handbag. Read the rest of the story before your feminism kicks in.

I’d never seen a man carry a woman’s handbag no matter how powerful the woman was, and an affluent-looking man at my own table shook his head and sighed at the spectacle without saying a word but his message was clear, ‘What has the world come to?’ He probably held his peace for a number of reasons; he owed the ‘Hurricane’ or intended to owe her. The first rule to attaining true affluence is knowing when to be quiet.

The Whisperer fancies himself a learned man yet that scenario gave food for thought. One of the most powerful women in the country had her bag carried by a man. Yet, that scene would not have disturbed the sensibilities of the men in that hall if it had been an affluent man’s briefcase carried by his female aide. Not one man would have blinked an eye-lid, but the reverse was played out and it irked many, but not this Whisperer. That day, the ‘Hurricane’ broadened my horizons; people who are powerful, no matter what gender, will have their briefcases and handbags carried. Finis.

So what is it about a powerful woman that might be difficult for the average man to handle? I have known a few personally and at work; Bolanle Austen-Peters, Hafsat Abiola-Costello, Alhaja Roli Raliat Daniju, Funmi Iyanda, Agatha Amata, The Ibru sisters, Mo Abudu, Kate Henshaw-Nuttal... The one underlying theme that runs through all is an air of confidence. A bravado that leaves the insecure... well... insecure. Without an exception, they are audacious and dare to go where many cannot. Generally, they are very likeable, caring people (there is an exception to every rule and this list has its own as well) but the sense of assurance they all have might be unpalatable to the insecure man.

I had a discussion with a friend one day, a hurricane in her own right. My conclusion was that an unsure man might be afraid of a woman like her. The sort that wakes you up in the morning to say she’s on her way to Abuja to sort out her work. All the notice you get is fifteen minutes. You cannot object, or do anything but mutter under your breath, because she was self-made before you met her and except you’re willing to meet all her needs, an unhealthy proposal at the best of times, you had better let her get on with her work.

It is a well-developed, secure man that can overlook this independence, a very secure man; or a kept one who dares not ask questions. However, there are men who understand it is only a matter of time until they’ll be where they want to be.

Men should take a hint from the Whisperer, that we all cannot have the same measure of success, at the same time. Some arrive at the gates of success before others. If your partner arrives there well before you do, don’t let it emasculate you. I learnt a long time ago, the truth of Henry Thoreau’s views on non-conformity. He said ‘the fact that a person does not dance at the same pace as his companions does not mean that there is something the matter with him. He might be listening to a different drummer’. We all dance our way to success in different ways, and therefore arrive at its doorposts at different times.

A man who allows a hurricane’s success disturb him will lose all sense of well-being and contentment. He will be unable to sleep and will treat each disagreement as a slight and personal insult. He will read meanings into the most trivial of things and banality will become his creed. You must remember that when envy sits on your heart in relation to matters concerning your partner, the relationship is finished. If you’d rather not have a hurricane as a partner, this is the time to look for the type without ambition you have always fancied. There is a type that does not push or add incentive to be a better person, one content to remain where she is for the rest of her life. Unfortunately, not only does this sort keep herself down, she weighs down whomsoever she is with too.

The Hurricanes themselves must be wary of what success turns them to. They say you never know which man is going to become an alcoholic or skirt-chaser until he has enough money. For many self-righteous men, it is a lack of funding that keeps them so. The same goes for women. You never know who’s going to become a harpy and a virago until she becomes successful. Then she looks at you down her nose and tells you where to get off.

The Whisperer, fortunately, has no single bone of envy in his entire frame. He may have an eye that speculates on the female form a bit longer than others do but envy is not a Whispering vice. We have all been given gifts, blessed with talent from birth in diverse ways. Take yours and run with it and create your own hurricane.
Posted by laspapi at 2:33 am

'create your own hurricane'. I like that. I'll try. Even if it's just so I can get mail aides to carry my purses and polish my shoes...
won't be bad to have so many men at my beck and call.

Its just a man with a bag is somewhat funny. Some queer about it is all. Regardless of what hurricane he walks alongside with.

I think though the body language speaks a tonne if nothing else. Yes a man sure of himself and then there is the man who know no better.

"people who are powerful, no matter what gender, will have their briefcases and handbags carried. Finis." Flawless conclusion i must say. Anyone with a contrary opinion? OK! in the absence of none- let's forge ahead!

Just yesterday, at an award Ceremony organised by one of the major soft-sell mags in the country. The compere of the event INTRODUCED a distinguished (female) senator -waxing a very well cooked praise album for her- 'unfortunately' our senator's husband is just a Mr like me which made the job of the compere easier..."She's here with her husband, Mr. so so so."

men's alter ego is fund of protesting in situations like this -Mine did hastily but eventually, my mind couldn't work out the calculations of why they should both enjoy the same encomium. Maybe introducing Bill and Hillary Clinton in a Nigerian event would take more time and words...but how many of them do we know around?

I think Africans are not (completely) used to the trend yet - the trend of female hurricane as it negates the full housewife practice.

Nice one as always Laspapi!

I really liked this post for so many reasons!

And as a hurricane myself...LOL..I just had to say that...It does take a very confident man to be with a hurricane though

I love this very much. Excellent piece, Whisperer. Funny I had been playing with the words 'Hurricane' and 'Storm.'

Great piece 'papi. I was raised by a 'hurricane' of a woman, until now i could never quite find the right word to describe my mum but this will do nicely.
I hope to be like her someday, my prayer is that there'll still be 'secure' men out there who won't feel threatened by a woman's success.

The 'hurrucane' still has her soft spot - for in reality she's a woman afterall.I know because I've interracted with quite a few myself.

Laspapi, like we used to say in Uniben (Alma mata of Gov Fashola and Gov Ibori), You have destroyed!!!
This is seriously good.
Carrying the bag is no wahala though. I see it all the time. The Iyawo carried the baby and Oga comes along behind with the push chair and madam's bag.
Me sha, i will carry madam's bag o. (Especially if it is Jimmy Choo or Gucci).
You have written well