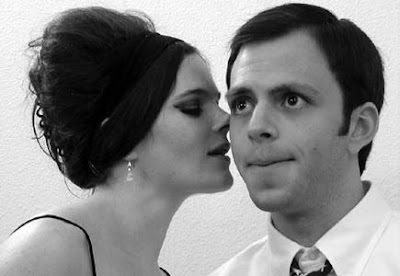 The title, Deep Throat, will bring back many memories to a lot of people, depending on your inclinations or former social habits. For those who are risqué and once walked on the ‘dark side’, it instantly brings to mind a movie that was made for adults only many years ago and simulated the senses in a manner many churches and mosques would consider quite offensive.

For the politically savvy, it recalls the fall of an American President, Richard Nixon, and the FBI deputy director who leaked his wrongdoings to the press (Nixon had been part of an enterprise that ordered recording devices be secretly placed in the offices of his political rivals and ‘Tricky Dicky’ as the more ungracious called him, had fallen when the deputy director code-named ‘Deep Throat’ clandestinely approached two writers for the Washington Post with this story of Nixon and his team’s illegal eavesdropping)

Nixon resigned and his political career went into a spiral. As an aside, forty years later, it would be impossible for a Nigerian President to be forced to hand in his resignation because he ‘listened in’ into his opponents conversations. Pause and think.

So back to the whispering. ‘Deep throat’ in this case is a spin-off and wild variation of the latter example I wrote; the hound you have a relationship with and then separate from, who tells the world real and imagined things about you, goes to places you couldn’t have envisaged and spreads wild tales, twisting some to suit his or herself. You have to be careful of this sort, for only gnarled and bent trees grow on the sun-blasted landscapes that are the minds of these kind of people.

We’ve all read stories of beauty queens who forgot their ‘first love’ and greatest supporter when ‘they ascended the throne’. Many of these scorned boyfriends who were there when the queen was still a gawky female are unable to accept their relegation to the backseats. They watch their former girlfriends hobnob with the rich and famous and then something snaps. From nowhere, boyfriend becomes a wild beast, cross-eyed with rage, decaying matter on his breath and then he loses his mind. The man develops a ‘scorched earth’ policy like some armies do, burning all vegetation that might serve as food and shelter for the former love. They tell stories; stories of forged academic results, of pregnancies, hidden children, drug addiction, wild nights, secret videos and the queen comes crashing down before the might of a deep throat.

You would think that with all the horrific examples that abound, people would learn; but no, when we ‘fall in love’, we expose every facet of our heart, and we often pay a heavy price. Let’s do some simple mathematics. How many people do you know that have found permanent love in their first relationships? How many in their second, or third? It takes a while (and there are some who go on to forty or fifty. It’s alright, you can’t shock me. I’m the Whisperer)

Now if the probability is uncertain as to whether your relationship will be a permanent one, why would you unearth issues that might affect your very life if placed in the wrong hands? There is nothing wrong with sharing your heart with your ‘love’. Just don’t share what might cripple you for life if the relationship goes sour.

Once upon a time, there was a girl who swore to a man she loved that they’d go to the ends of the earth together and he believed her. But she was very disrespectful, and the man chose to go his way. She refused to accept this and went everywhere; to his family, his office, his friends, spreading horrible tales while all he wanted was to be left alone. For many reasons, many people lack the ability to walk away with dignity and their heads held high. Another went to church to share information on another friend and would stand by the roadside when the fellow would pass and regale complete strangers with tales of his infamy. The men got them both to stop, because information sharing is a two-way thing and nothing works like an implied threat of counter-exposure from an angry ex-partner’s mouth.

The Whisperer also wishes to tell a truth. It’s not everyone you meet that is sound, mentally. Sometimes, it’s best for you to let people sort their issues before you embark on a voyage of love with only the two of you on a boat with an out-of order rudder and no land in sight.

I made the mistake of getting close to the mother of all disturbed people years ago. When I saw her for her true-self, I backed away rapidly but she pursued with ferocity of the kind only seen on the Animal Planet channel. Her stories about me were as crazy as they were wild and she went everywhere I had ever told her of. The Whisperer is notoriously quiet about himself, but this is because of these strange beings; it’s not everyone who walks on two feet that’s human. She found out she really knew nothing of me and the madness receded for want of fuel.

You must remember no one can hang you for keeping quiet. You can be loving and caring and share many intimate moments, but you must protect yourself until you know the person in your life well. People change as we do too and you might regret a moment of rashness after the dust settles.
However, there are the thoroughbreds that you need not be overly wary of. They aren’t those who tell you they’d never drag your name or reputation through the mud but those whose very natures abhor that kind of situation. There are male and female friends that I know who would die rather than subject themselves or others to behaviour so degrading but while you search out these people in your own life, be careful. Don’t go into any situation without checking out the possible costs to your person and reputation.

Only a fool tests the depths of water with both feet, is what they say. I believe.
Posted by laspapi at 5:00 am

TRUE WORDS!!!!!
Thanks for this. You don't know how much I'm really blessed by this today. Thank you for sharing your story too. Thank you!

This post gave me goose bumps,probably coz i bared it all when in love. lucky 4 me i have no skeletons that can b used when im the senate president. But when in love one cant resist the urge to talk non stop.

"How many people do you know that have found permanent love in their first relationships?"

Ha Ha Ha. First relationships are kind of like the training ground. If you stay, you feel like you settled. It sometimes also the least challenging so it quickly gets boring.

So wonderfully thought-out and written... inspiring. Thank you!

True yarnz Laspapi...my friends tell me I talk and I'm quite open yet I'm a "coded goat"...their own words not mine!lol...told them I'm not coded...but I'll only tell you what I want to tell you...I won't give you ammunition to hurt me...lai lai...that ain't gonna happnen!!!

I agree with you so much!
The extent to which some ex lovers go to malign the other person's character is really frightening at times. Even ex spouses do the same!

In any case, I have always believed that, like the Yorubas say, Not all clothes are meant to be dried out in the sun.