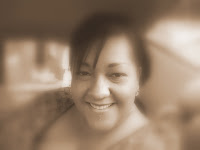 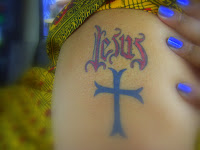 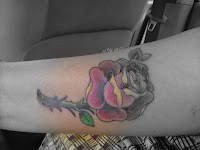 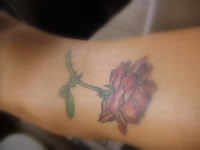 THE BOLD, THE COOL, THE BEAUTIFUL

Met up with a princess of the Ibru Dynasty, Elvina, today. After discussing the project she had in mind, I picked up a pen to interview her for these series.

Laspapi: What does your name, ‘Elvina’, mean?
El: “Friend of the Elf”.

Laspapi: Friend of…?
El: Why my mum named me that is beyond comprehension. Maybe she thought I’d like short people. (She laughs) Seriously though, my mum thought of naming me after her father ‘Edvin’ but didn’t like ‘Edvina’ so she chose ‘Elvina’. We found out later, it meant ‘friend of the elf’.

Laspapi: The meaning of Ibru?
El: That name has history. It was originally “Igburu”. It means wrestler. It also means shelter. My great-grand dad was a warrior, a wrestler, a protector of people. He was the Olotu (a field marshal) and he acted as a cover or protector for his people.

Laspapi: Your native name?
El: Ese-wure (Kindness lasts forever) I was born 2 months early (May 22), exactly a week after my grand-dad died. He had told my grand-mum, “I’m coming back now, as a girl”. He said the girl would have his heart…

Laspapi: Have you ever been in love?
El: (laughs) I think so…

Laspapi: Define love then
El: Love is God and vice-versa. Love is also when it doesn’t matter how many people are in the room, if he’s not there, the party doesn’t function for you. Love is kindness, reaching out. Love isn’t blind. That’s B^&l S*&t. It sees very clearly.

Laspapi: You have a company called 2ce as nice… Why?
El: My size...

Laspapi: What does the company do?
El: It’s a production company. We’re partnering with Freemantle and Pan African Entertainment to produce West African Idol.

Laspapi: Is that profitable?
El: Quite so.

Laspapi: Who do you look up to?
El: My late mother. She was beautiful, intelligent and hardworking. But it never distracted her from looking after 7 children. She taught me humility. She was half German, half Cameroonian, which is why I’m so fair-complexioned .

Laspapi: If you had only 5 minutes to leave the country, what would you take?
El: My nieces and nephews and my 10 god-children. As many kids as I can gather.

Laspapi played free association with Elvina. She’d give the first word she could think of when a word is mentioned.

Laspapi: Clothes maker?
El: Anything African and comfortable. No favourite designer because they don’t do clothes for big people.

Laspapi: Where will you be 10 years from now?
El: I’ll be married with 2 kids and start an orphanage (It’s a big project. An orphanage that’s really the size of a village). I’d like to be a well-respected and powerful entertainment power house like an African Oprah Winfrey.

Laspapi: Why Tattoos? (I counted 3 on Elvina, one on the bicep, one on the leg and a fresh one on her right forearm)
El: They’re pretty (Laspapi agrees)

Laspapi: A word for young people who strive to be like you?
El: 1)Put God in all you do
2) Never compromise your sexuality as a woman because you think it’ll get you somewhere
3) Being stubborn is a good asset. If people say you can’t because- you’re too ugly, you’re fat, Nigeria has no infrastructure so you can’t do “West African Idol”-press on. Being obstinate has advantages.

She adds, I come from a wealthy background and was privileged to have a good education so I don’t want to say “work hard” and run the risk of sounding patronizing, but being able to say, I CAN and I WILL, goes a long way. Look at Oprah’s background and where she is now. One needs a positive spirit.

Laspapi: What would you like to be remembered for?
El: Changing the life of at least one child for the better.
Posted by laspapi at 7:37 pm

Hmmmmm, interesting..... I respect her for acknowledging the fact that she has been priviledged, very cool lady, very cool indeed.

I have heard one of the the Ibru sisters (GLORIA) sing.. that was way way back in Benin... I heard all of them are blessed with the gift... nice to see that she is doing her own thing to make money for herself... nice post!

Good to see Elvis' again, I knew her when she was in the UK, love her voice( the girl can sing)
Elvis' has a heart and personality that just pulls you in... she is real and down..her humility is what I truly like the most.
Good to see nothing has changed!

I love love love Elvina.
She has a beautiful spirit. Her tatoos are beautiful too,which I could do one but I absolutely hate needles.
Nice interview

wow, really bold cool and beautiful, i dont think i could have put it better :o)

@ waffy- talking to Elvina shows she's introspective. She knows who she is.

@ nyemoni- thank you for stopping by. Gloria is gifted in her own right too and as you said, Elvina can "show you the money"

@ refinedone- ah, I'll tell her you stopped by. As we discussed the project she had in mind, she kept singing pieces she thought might be good to include. She has great talent in drama and music.

@ omohemi- thanks for the kind words. No pain, no gain though, if you want a tattoo

I'm not sure I've heard of her before.

nilla, I'm fine, and you? Now you know the true meaning of sweltering heat.

Elvina is of the Ibru Clan- Guardian Newspapers, Oceanic Bank, Fisheries (I think)...many etcs Everyone knows 'em. Where've you been? Ah, don't tell me. I know.

I didn't know about her, nice interview. Shes down to earth and thats nice. I notice you didnt ask the "do you see your unborn children in my eyes question" lolol. The reactions always crack me up...

A lapse, beautiful child. You'll see the question in subsequent interviews. Or who knows, if I see Elvina again soon, I'll ask her (lol)

Men,all of the Ibru's are beautiful oh!!!im usually not a fan of tattoos,but her's are pretty...and it's always guud to know your family history too.

Never heard of her in my life(well prior this) but she seems cute... i like her nails.. electric blue is forever doing it...

@ Storm- you've been too long out of the country, Storm. Come home on holiday.

nice interview, good to see she's carving her own legacy.
man the Ibrus remind me of an army batallion! They sure do know how to use their resources to make more resources! Kai I even remember when Okada Airlines was around!! LOL

@ naijalove- There's somethig about determination to carve a dynasty. They were determined. I am too.

ummm... wow interesting conversation. kind of left me wanting to know more of this woman's thoughts.

you might have to hook up with Elvina in Lagos for that, anon

Elvina is beautiful in and out. And her skin just glows upfront. She is really a role model for4 big women who think they cannot be sexy and attractive. And so it is for all of her sisters too - my interview with 3 of them for TL last year easily ranks amongst the top 10 I have ever done! There is so much depth ... especially when she says she doesnt want to patronbise young people by asking them to work hard ... that was SO thoughtful. Their mother did a fantastic job with these Ibru children I tell you.

beautiful, glows, sexy, attractive, thoughtful, fantstic- all those words in one comment, chude? Tell me you aren't in love.

ps if you dont add input to that book thing, there'll be hell to pay.

thank you, idemili. By the way, any reason you chose this name?

I did a review of Ahmed Yerima's drama titled "idemili", a few months ago so got to know of this "sweet-toothed goddess"

El is a beau for real combined with brain and all the good things ever need in a woman..one of the most wonderful person i've ever meet..GOD gift had say...an Angel!