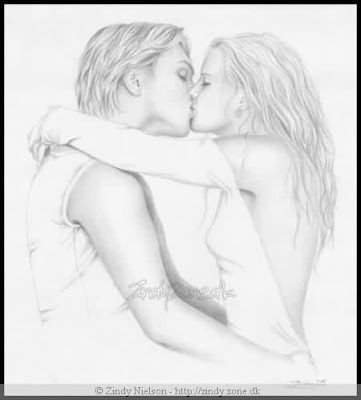 I bet that title got your attention. I also bet you’re wondering how I’m going to tackle this topic without offending public policy.

There are very few Nigerians who do not know the principle behind Okafor’s law. For the very few who do not, the Whisperer’s here to bring it to your notice and to educate the world as a whole.

Firstly, just like the Western world’s ‘Murphy’s law’ which states that if anything can go wrong, it will; Nigerians, decades ago, ‘discovered’ a principle concerning relationships which many believe to be true. The law which they likened to infallible laws like that of gravity is that you may continue a relationship in which you and your former partner had a strong bond even if you meet years after.

How did it come about that I decided I was going to write on Okafor’s law? Earlier this week, I got an invitation to a radio show out of the clear blue sky from one of the top guns in that medium, Cordelia Okpei. Cordelia is a very good friend and producer of, amongst many other things, a radio show that deals with relationships and so I went.

Apparently, the host of the show, Tolu, had read an article the Whisperer wrote a couple of months ago, titled ‘Soul Ties’ and had decided it had links to Okafor’s law.

Seated at the table where we were recorded were other guests, including the musician Eldee, also known as ‘The Don’; Dolly; Tokunbo Agbesan’wa; and Kate (a clergyman’s wife). The topic? Okafor’s law. The theme? Can a man continue an intimate relationship once broken, from where he left off if he sees the woman months or years later, irrespective of whom she’s with or what kind of relationship she is involved in? There are numerous test cases that say he can. Like Eldee said, if you’ve been there before, you may return. The Whisperer’s stance? That may be true, but let no man say it is on account of Okafor’s Law or Soul Ties, or whatever reason humans give so as to be able to rekindle the flames of lust. We pursue other people or allow ourselves pursued because we want to, not because there is a principle of chemistry that compels us to do so. The females at the discussion were more or less on the same side, contending that a woman (and even a man) could condition herself not to yield to someone she once cared for with all her heart and who has decided to try to return into her life when she has moved on. There is no one in his or her right mind who should underestimate the laws of attraction. Your spouse, partner, friend will find other people attractive. It is what is done with this attraction that separates us from people without control.

I wrote Soul Ties because I met a female who said she had listened to a clergyman who had submitted that people were soul-ishly tied to others for the rest of their lives. I have one thing to say to the clergyman and her. If you’re tied to anyone, it’s lust and a remembrance of how things once were. It’s because you dwell on the ‘magic’ you once shared with that person and when you meet that person again, the memories you have watered and nourished, kick in and that is all you can think about. ‘Let no man say when he is tempted, he is tempted of God...’ is what the good book says. This female, an adventurer in many ways, found justification in fanning the embers of residual attraction even through a marriage (not involving the Whisperer),in that philosophy. If that is so, the Whisperer is ‘Soul-Tied to seventy females and still counting. It’s a ridiculous concept, the soul tie, purely driven by lust but I digress. Back to Okafor’s Law.

We all commit this ‘transgression’, dwell on one or two special people in our minds, our ‘soul mates’ that we didn’t end up with, our dream partners, those who understood us. So when your current partner is acting oafish, you allow the mind to drift, lending incredible attributes to that partner now gone and sowing the seeds for Okafor’s Law to take root when your paths cross again.

Six days ago, as I drove down a quiet street in Surulere, I saw a female go past, and took a second look at her. She saw me too and raced back to me. We’d met eons ago when I was undergoing that mind-broadening experience called the National Youth Service, she being a student in the University of the State I was ‘serving’ in and travelling back that day too. We’d had a long talk on the journey and agreed to meet again in the state we were both travelling to, obviously attracted to each other. For some reason, we never did, and didn’t see each other until almost a year after. She had come to meet her boyfriend who stayed next door to my relatives whom I was visiting. We joked about it, said it was a good thing we didn’t hook up but the attraction obviously remained. And then, just a few days ago, we met again, attraction still ‘zinging’ through the air around us.

Hear the Whisperer. You will always meet people you are attracted to. It’s the way life is. You have to weigh the situation you’re in, and make up your mind that you will allow nothing disrupt it. Believe the Whisperer, Okafor’s Law will turn your peaceful life inside out, if you allow it to. And don’t think you can get away with it without ‘hurting’ anyone. This Law will make itself known. It always does.

I think I should put Okafor’s law on Wikipedia so when its googled, more of the world can understand this theory.
Posted by laspapi at 7:37 pm

who is the 'okafor', whatever mehn, nonsense ni gbogbo yen. as u said papi, its by choice.

Laspapi, truth is I am lost. It made sense but I am just lost.

yes, please do put it on wiki.. will be helpful to MANY...

I like dis article... so much truth... when it comes to soul ties and what the lady was saying (the one who talked to the clergy).. I have been told something quite related to her words... my conclusion is, as FEMALES when you become physically involved with a person.. esp. if you "love" that person, the memories stay forever.

Eldee said "once debe, always debe" in english, hehehe i dunno where i picked up such 'gutter' language, lol.

Okafors law is jokes to me, but many men swear by it.

Like you said, it's okay to be attracted to someone, but its not necessary to act on it all the time.

Wiki is a good idea, or the urban dictionary.

Have a fab week ahead:)

rayo, you unbeliever...there are many that swear by it.

@ 'sewa- you got the 'gutter' language spot on. Eldee said it in yoruba. (Solemnly) Now who've you been rolling with?

Lol! There is some truth to it because thats kinda how I made up with my boyfriend though we didn't date others after our breakup but Okafor definitely did jazzi with us.

Please put it on Wikipedia it might end up in Cosmopolitan, GQ or one of those sorta magazines!

Okafor is def a chauvinist pig