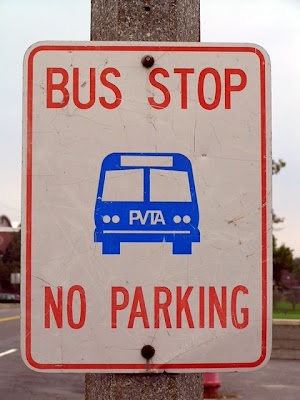 The Sunday Guardian of Sept 27

What would you do if the next decision you made would be your very last one?

The reason many of us make irresponsible decisions is because we feel we have all the time in the world. The strange thing about life is that all our yesterdays are made up of memories alone. It is a wise person that tries to ensure that recollections of the past will be happy ones.

When the Whisperer was a teenager he made many reckless decisions as many young men do. He would ‘love’ a girl for her hips, her perfume, for the way she crossed her legs or walked down an empty street. The way she stood out in a group of girls would be enough to make his heart race and give him sleepless nights. And in the light of the next day he would regret his decision the night before. He would stop taking her phone calls, and he would find alternative routes to the one that led him to her. As he grew older, he continued to make hasty decisions until he came into his own as the Whisperer.

There are many people who are unconcerned about the far-reaching consequences of their decisions. There are also many naive people who have put their own lives on hold for the sakes of philandering partners. They have met people who profess love without serious intentions and have totally believed people who are glib of mouth. There is nothing so damaging to the human psyche as finding out that the person you have given your heart to is really a ‘tourist’ who is just enjoying the sights. There are many people who do not want permanent resident permits in another’s life. They are there for the short term and will refuse to renew their visas when their term expires. You cannot make another love you, against his or her will.

There are ways of identifying a person who has reached his or her final destination. It is not a completely fool-proof method but it is a useful guide. What you must learn to do is not to listen to the words being said to you, but to the actions that follow the words. A man who tells you his heart is yours alone forever is quite different from the one who goes to great lengths to severe himself from previous, complicated relationships. Like the old saying goes if you really want to know what a person thinks, look at the person, don’t listen to the person.

There are many instances of people who have loved and lost because they chose to follow partners who are tourists-for-life. You cannot cure and should not make it your mission in life, to change a person who has wanderlust. A restless soul will remain that for all eternity no matter how hard you try. It is the same as trying to make a tiger a house-pet. No matter how hard you try, the tiger was made for the wilds.

So you must trust your instincts to identify a natural-born runner. No matter what the person with wanderlust says, he is designed to keep moving from person to person. His default-setting is that of a person who changes base as often as he can, and when it matters the most to you is when he will tell you he has to go. The same way a computer or a camera will return to its manufacturer’s setting when there is a problem, is the way this partner will show his true self if he meets a stumbling block. We must all learn to weigh the decisions we intend to make before we make them public. We live in a world in which the actions of one can have far-reaching repercussions in the lives of many others. Good things really do come to those who wait and sometimes tasting from too many dishes can kill the strongest appetite.

Even simple acts done in pure innocence can be misinterpreted. There are people all over the world who blame the Whisperer for having deceived them by being too friendly or looking too deeply into their eyes. Many actions done without guile can be misread, not to talk of those that are done to deliberately deceive. There is no one that owes us the responsibility to be forthright and honest, we owe ourselves that duty, the duty to check, that we are doing the right thing and that we have finally met the right person. If you value your happiness and your peace of mind, you will ensure that you screen all comers to ensure that they are not just hopping from bus to bus. For the bus-hoppers, they must remember that there is such a thing as the last stop and though it might have been amusing to deceive little girls, there is nothing remotely funny about deceiving fellow adults. The desire to roost can be a very strong one and it is not to be trifled with. If two ‘tourists’ meet each other, then it is a thing of joy. If your prospective partner is not a tourist however, you owe a duty to announce your intentions well before the party begins. It is not enough to say that your partner should have known what type of person you were. Lay your cards on the table so both parties are clear where they stand at all times.

Wow!!!permit me to say:"Well said(typed) uncle Laspapi"!!!
You never cease to tell it as it is...another amazing one from you...
I wish people;laydees especially will learn this truth(you really can't change anybody and you can't make a man love you!!!)
Did you say how about the men???
Well to be honest I've got no word for philandering men...we all know it's a matter of time...Laspapi tell them!

A HUGE AMMMEEEENNN! to this entire post!!
Uncle Wolzz... maybe u can help me...

there's this one guy.. i liked him wen we 1st met, still kinda like him now.. but i don't really send him as b4.. His actions don't match what he says that how i know he's very unserious.. all my male friends who saw his pic say he's a playerr.. lolzz.. my mom is convinced he has a gf.. i have TRIED HARD 2 cut dis fellow off, but e no gree! Pray do tell, what must i do??

Just keep ignoring? or REALLY tell him off one day as in be the rudest i can be (i've been tempted 2 do that, lollz)

na u cause am oh.. with this installment :D

@ nolimit- Thanks for this. Glad the message got through.

@ dscr?be- no need to be rude to him, n'do, but be firm. When some females 'tell' males off, they're actually sending mixed signals. The words say one thing but all else say 'stay'. Men know and hang on, being nuisances or whatever else they've been permitted to be.
If you want to get rid of a man, tell him like it is.

LOL@all over the world. I agree with you in toto. Good things come to those who wait, but sometimes waiting gets boring(just saying,lol). Last busstop made me laugh, i remember someone saying a certain lady "ti rin kakiri kakiri ko to de final bus-stop" years ago(church gossip)

Hope you had a nice break.

Hmmm! Laspapi, I wonder what informed these musings but I must confess you are spot on.

This is really reflective. 'Feel like saying more and sharing other experiences but...let me leave it at this.