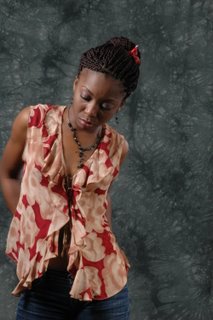 laspapi broke his self-imposed holiday abstinence and resumed the Arts and Entertainment Circuit rounds of the country. Tonight was “The Future Awards” organized by RedSTRAT which had its maiden edition last year. Venue for this occasion was the Shell Hall of the Muson Centre and it proved an Arts and Entertainment Who’s Who. Described by the organizers as “the BIGGEST gathering of the brightest and young minds that Nigeria has…”, celebrities in their hundreds came together from everywhere.
Some of those present were the comedian-Basket Mouth , Chief Rasheed Gbadamosi, Michelle Dede (who co-hosted the Nigerian “Big Brother”, her sister-Najite Dede (Actor and Stage Director), Ebuka, Katung, Chinedu and Ify of Big Brother Nigeria, Toyin Bello of Kush, Ebun Olatoye (True Love Magazine) The Sound Sultan, Emem Ema, Soul E and Ikechukwu (all musicians), Bunmi Davies (Theatre and Stand-Up Comedy Producer), Bolanle Austyn-Peters (M.D. Terra Kulture), Dr. Reuben Abati (Chairman, Editorial Board of the Guardian Newspapers), Professor Pat Utomi (Nigerian Presidential aspirant), Sola Salako (Gen Sec of the Fresh Democratic Party), Chinamanda Adichie (author of Purple Hibiscus) and many more.


The high point of the awards for me was the dance piece presented by the Ibadan-based group, “Xplicit”. These dancers ranging in age from about 12 to 16, both male and female, are probably among the best in the country in that age category. They took the audience by storm and all stood up to applaud at the end of the performance. I intend to get them into one of my shows sometime soon even if I have to walk to Ibadan.

In the picture above is Omonor Imobhio who this evening, won Best Actor of The Year at The Future Awards. Omonor was part of the cast in the Premieres of several of laspapi’s plays including The Other Side, Piper Piper, Gbanja Roulette, and The Inheritors. Currently part of a BBC TV Series in Abuja, she was unable to receive her award in person.
Posted by laspapi at 3:51 pm

enterprenuer of the year? Toni payne?

You know all the members of the group live with their group leader and dance instructor.

He pays for their upkeep and their education from his income and the still modest proceeds they get for their performances.

He said to me when I met him in Ibadan over the holidays, that they dedicate a lot of time of their dance rehearesals and they learn movements from every living thing particularly the Praying Mantis.

I was well impressed.

I look foward to seeing them light up your stage.

chelsea babe, I'm a die-hard Omonor fan too. Her capabilities have been obvious for many years.

@ anonymous Ebun, are they orphans? That saddens me. I truly haven't seen such sheer dance talent in people so young before. God will make a way for them, I'm sure. And I will work with that group, then I can die happy.

Hmm I don't know this Omonobor girl, sounds interesting - what was "the inheritors"? remind me again,....I'll check the website for winners

Mona,
Omonor's forte has mostly been Stage and terrestial TV so it might explain you not knowing her yet, but she played 'Sidi' in Soyinka's "The Lion and the Jewel" that toured the UK extensively in 2005.

When I see posts like this, I want to come back home and live in Lagos. I love the arts, and I am happy it is still alive. God bless Nigeria.

@ anonymous- Glad I was able to show a side of Nigeria you love.