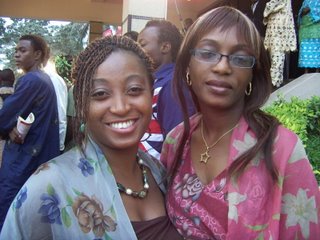 My dates for the night, the banker-Omoye, and her sister, Ivie. Omoye is twin to Omonor Imobhio who won Actor of the Year at The Future Awards in a shortlist that included Stella Damasus-Aboderin and Dakore Egbuson. In the middle picture, Ego Iheanacho, who for many years was the masked singer, Lagbaja's, lead female voice (Konko Below; Nothin' for you etc), and has now gone on to pursue a solo career, poses with the actor, Sam Uche Anyamele, the infamous "Richard" of the TV soap, Super Story. In the bottom picture, from left, the lawyer, Efere Ozako, publisher of Takaii Magazine, his wife, Anne (who used to sit by me at the law school), the singer Dede Mabiakwu's sister and Kaine Agary (Editor of Takaii and writer of the book Yellow, Yellow, in the white dress) Far right is Cordelia Okpei, presenter of the TV programme, Tropical Rhythms and a senior radio presenter at Metro FM. 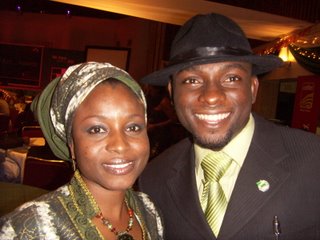 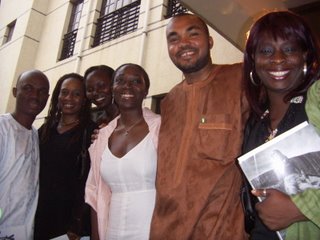 yeah, chelsea, I was. Had the other tables craning to look at me, particularly when you guys strolled up to collect the award.

As for Xplicit, I'm bringing that group to Lagos.

Laspapi,
Your dates are sweet. Are they married?

sorry anonymous, you can't ask that question without telling your real name. By the way, I think they're sweet too, thanks.