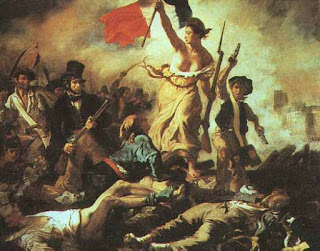 I wandered into a store last Friday looking for "Fruit 'n Fibre", my favourite cereal, and a toothbrush. In came an elderly man in glasses who said hello to the shop attendant and stretched a hand out to me. Out of courtesy, I shook his hand and continued with my business.

The attendant had a friend seated playing football on a portable Play Station. "Nice", I commented and said how much I liked the real game.

"You play football", the attendant asked? "Every Friday night, my shin-guards are always in the car", I said. That caught the elderly man's attention. He said his name was Israel Okome a.k.a. Izzy, he was aged 63, and he had played for Stationery Stores Football Club from 1967-69, and thereafter had played for Ashante Kotoko in Ghana before being part of the founding team called Vie-Pass(sic) of Benin that later became Bendel Insurance.

According to him, he had played in an era when there was little money in football, alongside greats like the goal keeper- Peter Fregene a.k.a. Apo (Bag), Austin Ofoku a.k.a. Mazelli, Paul Hamilton a.k.a. Wonderboy, Rigogo (now deceased), Willie Andrews in Ghana, Dan Ajibade in Ibadan and many others.

His point was that the lack of eduction of many players of that era had driven them to poverty after their careers were over. He said, "an Ibo chap told me in my footballing days that education was the best thing and football wouldn't last forever, so I obtained a certificate from the Institute of Purchasing and Supplies and worked for the Nigerian Railways Corporation".

"Izzy" is now a pensioner who lives off his NRC benefits but is saddened when he recalls the fate of his colleagues. He says he cried when he saw an old ex-footballer, P. Adelaja, with a hoe in his hands, digging at a work-site. Peter Fregene who was once Nigeria's greatest goal-keeper, has diabetes-induced hypertension and appears to have little to take care of his medical needs.

According to him, players like Segun Odegbami (civil engineering) and Adokie Amesi-Emeka (law), who came after his generation, were wise in getting an education. Odegbami is one of the country's best known sports administrators now and Adokie (who was known as "Chief Justice" in his playing days) was Attorney General of his state for many years.

So there will come a time when we might no longer be the newest kids on the block. It would be good to be prepared.
Posted by laspapi at 2:55 am

Nice read. Problem with footballers is when the adulation enters thir heads they begin to believe they will play on forvever.
Very few are the lime light once their playing days are over. Education for young players is a way around this. In the UK, Footballer academies hav one and a half days of Education and there is an educational officer attached to the Club's academy. The players option Diplomas in Tourism and Coaching and Refferering badges. Not much but at least better than nothing.
Talking of getting old, I had better write my Novel and stop all this blogging business. Time don dey go!

I wish this would be given to every aspiring sportsman whether in this country or abroad. I think most assume that, after seeing the disgusting amounts given to counterparts over seas that they will be set for life.
Without the education to understand good investment opportunities, you most likely will be back to square one...what am i saying, square zero.

how r u groupie?

@ babawilly, I agree with you. Quite a number are getting wiser now. It would be good for us all to be ready though, you already are, with the profession you chose.

Talking of blogging, it might be a good idea to convert my blog into a physical book, as the future cometh.

Tell me what those private thoughts were or there'll be 'trouble'.

Why do all think 'tis only footballers that matter?
What of our 'singers',...?
Actually, me think 'tis not just the certificate that matters now but, the mastery of an art (specilisation).
This is an interesting read, http://titilayoobishineshine.blogspot.com/2006_10_01_archive.html

education is an asset which a lot of people fail to realise when they have the opportunity, and you have taught me a lesson not just about education but for life...PREPARATION!

Someone needs to preach this message to a lot of the young ones that want to venture into sports and entertainment. They seem to think that sexy looks and maybe a nice voice will carry they forever...

Get an education you all....

... but in the meantime we can enjoy our various 'talents'...

@ rethots- 'footballers' here symbolize all those who have 15 minutes of fame and forget to plan for the future. I'll check the link, thanx, rethots.

@ writefreak- you're correct, WF. Someday, we'll be left with the results of the decisions we made years earlier.

@ catwalq- as long as you're investing, cat'lq, take me along. Property development though? Hmmm. Is that for this country or the American way?

@ uzo- I don't know what it is with a large number of these people. Education will broaden horizons and give strong options. When society gets tired of hip-hop or age tires the footballer's legs, there'd better be another way of making cheese.

@ storm- Its legitimate to enjoy these talents and share them with the world, its what they were designed for, but we all must be ready. What if?

i'll run something by you later on...

and ewww@ ur whatever fruit and fibre... woodland granola berry cereal forever baby!!!!

lol, my paps and him are friends. my paps studied engineering too, but i always thot it was the love of football that brought them together, now i realize it was sumin else. lol

Am happy for Isreal Okome! he was a wise man.Pity his friends ended up the way they did.

I love Fruit and Fiber too!