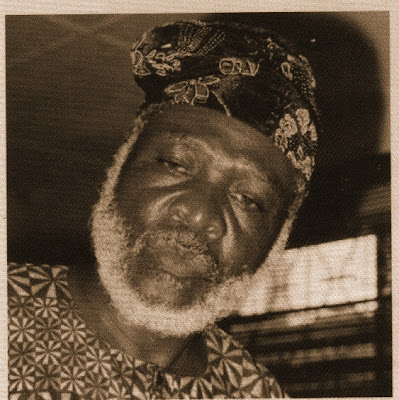 Laide Adewale fondly called "uncle laide" by all theatre practitioners, has passed on. A resident theatre performing artiste at the Dramatic Arts Department of the Obafemi Awolowo University, Ile-Ife, his experience spanned more than three decades in acting, singing, dancing, directing and stage management. My earliest remembrance of this widower with children and grandchildren was in Ola Rotimi's "Kurunmi" in my days as an undergraduate at Ife, and my last view, in Wole Soyinka's "Opera Wonyosi" at the 2005 Muson Arts Festival where the then-60-year old scaled a 7-foot fence on stage.
A fit, healthy Laide Adewale was present at Dr Ahmed Yerima's 50th birthday celebration at the National Arts Theatre nine days ago. Yerima at the occasion had the audience laughing so hard they cried, when he gave an anecdote of how Uncle Laide saved his theatre career when he (Yerima)was still "green" on the Ife stage. For Yerima, a villager with a minor part in "The Gods are not to Blame", the line between theatre and reality had blurred and Yerima burst into tears on stage at the fate of "Ojuola", the Queen who had married her son and mothered children by him. The tears, however had not been scheduled and came at an inopportune time. Uncle Laide, it was, who guided Yerima off the set as if Yerima's bitter tears were part of the play.
Uncle Laide who also appeared in Tunde Kelani (Mainframe) films, left many of us with good memories, laspapi inclusive. God bless him.
Posted by laspapi at 2:21 am

May his soul rest in peace.

May his soul RIP and may the good Lord grant his family the fortitude to bear the loss.

Oh...I know that face...never knew his name but I recognize him...may his legacy live on as he rests in peace