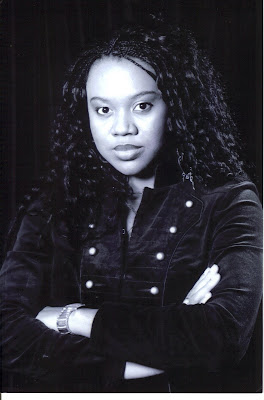 Stella Damasus, one of Africa's best known movie stars will hit the airwaves with her new television programme, The World Through my Eyes. Through my eyes is a television magazine that will go round Nigeria and the rest of the world, focusing on current affairs, events, people, places and issues. The anchor of the programme will be Stella herself and the producer, laspapi.
It is intended that this programme become the best of its sort in the country with the iconic Stella becoming the first port of call for all television matters concerning the re-engineering of Nigeria's dented image.
It will start airing next month on Silverbird Television.
Posted by laspapi at 4:35 pm

oh my gosh this is going to be just fantastic... i'm so proud of you papi.. and her of course... i will catch an episode of it someday... on tv... maybe live.. but i will... i smile with you on your successes papi cos you deserve every single one of em...

Oh well done...so when are we peeps in Jand going to see it...any links with Ben Tv and the likes??

Papi of Las Gigi, I saw this coming...excellent initiative. I think it's time for me to pick the darn phone and call.

Oh well done...hopefully this will be a step in the right direction to reduce the stereotypes that are often associated with Nigerians which is often quite embarassing. I trust you to keep us posted on how it goes. You have to let us know how you do this laspapi...you must be pretty energetic, you have your fingers in so many pies...very inspiring. It reminds me of a sticker that I would see inside the danfo buses I often rode in when I was in Lagos - No food for lazy man...translation - there is dignity in labor and as you lay your bed so you will lie on it. Keep on keeping on and thanks for sharing

Well done, Laspapi. I look forward to catching it on TV soon.

Can't wait to see it.
Thumbs up! papi&Stella

So looking forward to it.

Ah ah! well, I ll be looking foward to the show, well done!

Thank you, Storm. You commented first so I'll be giving you a "Through My Eyes T-shirt". hehe

@ dimples- the programme will be going round the world. Once these modalities are sorted, we'll be showing everywhere.

imnakoya- glad you called. There's always room at the top, let's make our way there.

@ jola- Thank you. Stella and I are determined to get rid of the stereotypes and create more positive ones at the same time. I'll be sure to keep you posted.
How do we do it? We go ahead like the "Nike" slogan and "Just do it".

@ in my head- Thanks for the well wishes. We'll be airing soon.

@ waffy- In far away Europe? Please explain how you'll be doing that?

Thank you for bringing Nigerian TV back!!!! please can you focus on tourism a lot especially if you are bringing the show to North America? I am tired of people seeing pictures of calabar and asking if I went to the carribean Islands... sheekssss...

I have my ways, Laspapi.

@ ms zee- laughing hard at your calabar/carribeans comment. I suppose that would be enough to annoy any right-thinking Nigerian. We'll make Canadian TV too. Promise.

Congrats Laspapi! given the content of your blog, its clear to see where your vision is. Pls go into the heartlands and let your camera be our eyes giving us an insight to the issues that affect us all. May God give you the creative imagination and stellar vision to make life changing shows!

Thank you for these strong wishes, God's Child. I'll be sure that Stella sees your words. Those are the things we aspire for. May they come to pass.

through my eyes that's the same name as my blog

afolabi, had no idea. That's a good one though.