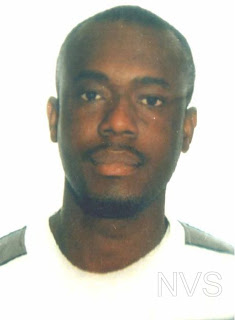 The Naija Bloggers Book will accept submissions from bloggers on the issue of the maltreatment and subsequent death of the Nigerian, Osamuyia Aikpitanhi, on the Iberia Airline from Spain.

Spain, like every other country retains a right to protect its territory but kicking and punching a deportee, gagging him with industrial strength duct tape, tying/cuffing his hands and feet, placing a sack over his head and then letting him die as he choked on the gag and soiled himself with waste is horrific. This was the way they intended him to travel 6 hours? And the entire world went mad at the excesses of the American soldiers in the Al Ghraib prison?

He could have been our brother, our cousin, our friend. He could have been the boy next door, the one that smiled as he walked past our house. The "conquistadors" appear to be regressing to the days of the annihilation of the Incas and the Aztecs. Humans are not treated this way in the 21st century even if at one time, they considered it proper to do so.

Let no one forget, Xenophobia can be a two-way thing, and the incitement of a people who are regarded as amongst the most hospitable on the face of the earth will not serve any cause.

Submissions will not be counted as part of the quota for any blogger who has sent in the maximum number.

Entries for this topic will close on Sunday the 8th of July 2007.
Posted by laspapi at 1:42 am

is there a deadline

kafo, I just added the answer to the main body of the text- Sunday July 8. Thank you.

just saw ur comment on my blog,tanK U. asper USA not ratifying the Statute, The ICC is as much to blame for that, Art 12,Art 16,18,98(b) and a mix of SC resoultions plus article 34 of the vienna convention all allow for a culture of impunity to be continued. I have long been a advocate of the court but I will also acknowledge its failings. The US recognized the loopholes and jump out tru one of them. The war in Iraq holds the same logic:)... Ah this has brot me back 2 the days when all that mattered to me was the criminal court,enuff rambling cheetarah out:)

P.S. have u voted on Blog iDOL!

You sound like a lawyer, cheetarah. I wrote a paper once on the USA and the ICC. The over-riding logic behind the US not signing the charter is because of the war against terrorism where they are compelled to fight along non-orthodox lines, that is, the way the terrorists themselves, fight. The fear the US has is that its soldiers/agents will be forced before the ICC for meeting "fire with fire" if they accede to the court's charter.

I'll do the Blogville Idol thing now. ~mimi~ for the Idol. See how her name rhymes with Timi.

Art 98(b)empowers them to do so, the so called BIA agreements, in all fairness to the US,we cant expect them to cook and also wash up the dishes. Of course there soliders such as the ones in Guantamo wud be brot up for procesecution,I understand where their coming from even tho I dont agree with it, do u still have the paeper u wrote? I would love to read it. I sound like a lawyer eh,lol!

I understand the American view-point. No one really wants to be in a fight where your opponent's kicking and clawing and you're told you must fight with one arm tied behind your back.
You must be a lawyer, cheetarah, you're too well-versed in this stuff. Wrote the paper as part of my work for a Master's in Humanitarian and Refugee Studies at the University of Lagos. I hope I still have it, it's been a while. If I can lay hold of it, I'll e-mail. What kind of work do you do?

cheetarah7@gmail,sorry didnt put it up. I have read different views but no doubt urs will have a different spin but I wasnt aware that ICL was being taught in Nigeria yet as it is a relatively new discipline.Thanks for this and if u cant find it no problem.
Humanitarian & Refugees studies hmm, u still interested in it or are u more in2 fighting to save our Arts with Prof Yerima?

When I started the 2yr course, I was determined to finish top of my class, didn't quite do that (came 2nd) but scored enough to study for the M.Phil. I'm determined to use the knowledge gained somewhere, somehow; the Arts can run side by side.
I'll try to find that ICC/USA paper seeing I have your e-mail address now.

At first i thought this was a rumour. Its really horrendous and his death was so unnecessary

It's the way of the Strong with the weak, Uzo