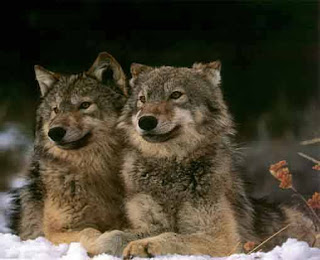 I've been blogging since December 2005. It started slowly but I gradually got the hang of it and made my space my own.

I have come across many other bloggers since then, some I consider as real as any member of my family, if not more; others great friends, and then there are those I nod to as I pass. On blogville, blogworld, the blogosphere, the blogrealm, planet blog, we all know each other. "Hello", "good morning", how was your day?" and all that. Civility.

Real friendships have been made and even though we rarely admit to it, real loves as well.

We know some bloggers that are our friends for life. We know if we saw them today, we'd take them for drinks, let them holiday in our homes, lend them money, loan our cars to them...

My theory now: If such bonds can be made here, it means the opposite must be true as well- Real enemies can be made from virtual relationships. We have heard of the onslaught on londonbuki's mother, the concerted attack on Storm a while back, and many other instances. That faceless band of malevolent commentators is the "RONIN", not to be mistaken for the normal, easy-going and balanced commentators who cannot be bothered to blog and therefore come on as anonymous. Some of my favourite commentators are anonymous.

The RONIN is different, a band with no central head, making its members more dangerous. Often they travel in packs and descend upon a situation, snarling, tearing, foaming at the mouth... not seeking to be constructive, but pulling down. Some might have their own blogs but prefer to be "anonymous" or "other" when evil is afoot. For these reason, many bloggers now have "comment moderation". Stray members of the pack come onto my blog from time to time but have not found room in yet, to cause havoc as a whole band.

Today, I found a female member of the Ronin, skulking on my blog, used words directed at me, meant to be derogatory in relation to a series I write for the Guardian Newspapers, "The Girl Whisperer". I wondered why she chose to use those words, for many have written, not always in agreement but they have tried to be decent about it, but then I remembered as I deleted the offensive comment, "there are very bad people out there, and the virtual world is not exempted".

For those of us who disagree with each other atimes, it's a world of free opinions and anyone has a right to be contrary. However, we must never allow it to get personal, or allow it to become an issue of camps, "the East Coast" and "the West Coast". One may prefer a certain set of people, it's the freedom of association, but civility to others is important too.

Therefore, a toast: Here's to the beautiful people I have met on blogger. One last word before we say "down the hatches though"; don't be complacent, an on-line foe may transfer venom to the real world.
Posted by laspapi at 8:08 pm

Very thorough post..I find it slightly odd when I see real venom pour out of peoples hearts throught their comments on other people's blogs, but then I remember that some people are truly sad, jobless people who want to spoil other peoples' day just because..
I see no reason for undeserved malice.... if one has a healthy argument, it's ok but to hide under the cloak of anonymous to deliberately insult or attack...it's all so crazy!

Papi, o ri yen so...Why would anyone choose to stoop so low? To have dissenting opinions shouldn't mean one should head straight for the jugular.

Keep doing what you do and we all know there'll always be spoilers. Good thing about blogging is that the comments can be deleted.

thank you, nyemoni. There are disturbed people who walk the earth and the cloak of the internet is the perfect cover for depravity of all sorts.

Some of these people are no different from real stalkers who call phones owned by females every 5 minutes through the night with their own numbers "hidden", and breathe heavily into the mouth piece saying nothing.

@ anon- thank you once again for sound observations. People are allowed to disagree, even vehemently, and as I heard once, "when two people agree all the time, it means only one is doing the thinking." When it becomes mindless and you have no idea who or what is behind it, it becomes a major issue.

If people you know issue threats against you, you might report to the police. With some of these faceless people, you feel the same unease but have no protection. Thank God for "delete".

laspapi...thanks for this thoughtful post. Just wanted to throw out there that you are one of the most cheerful and encouraging people I have met on blogger and I look forward to meeting you in person whenever the day comes.

Although it can be hard sometimes, I think rather than dwell on the cold and mean folks who choose to use other people's blogs as an outlet for expulsing some venom that has been collecting in their soul...we should acknowledge those bloggers (like you) who inspire and encourage others. I suggest we have a blogger celebration week or something like that perhaps the week of the deadline for entries for the Naija Blogger book...whaddya think, just a thought no pressure.

Very true blog i must say.I'd also like to add a little sumin sumin my mom always said "sticks and stones may break my bones, but words will never harm me."Thank God for the good people and Thank God for the delete button to shut out the bad.

Guud post 'Papi...The internet makes it easy for us to project watever image we want out there...so it's only reasonable that for every good person,there's a baddie lurking lyk you said...It's guud to have a differing opinion as the world would be boring if everyone agrees with everything you say...but once it gets unneccessarily vitriolic...it's tyme to delete that comment...Just as you have the right to step away from negativity in "real life"...the same should apply in blogville. Ohmy,you should let me go on as long as this! ;-)

True, real malice exist.True, they prefer to be anonymous when making their post. But one needn't be bothered about that, atleast online. Just press Delete.

To me, blogworld is just like the real world.

@Idemili.. my exact reaction when i read this... same reaction i had when i saw the attack on londonbuki's blog... i mean they are some of the nicest and most peaceful bloggers i've come across... i of course don't deserve to be insulted either...but i once replied some insulting comments on my blog(so the ones who attacked me probably felt i would again)... but lb is such a sweetheart.. why would anyone say anything about her.. and papi is beautiful...absolutely beautiful... whatever person would want to say anything negative about him... of course these people know thers a diference between arguments/discussion and insults... but for whatever reason.. they choose the latter. i had to moderate my comments to sift through cos some garbage was polluting my blog.. you'd be surprised to know that even today when i wrote something about trying to deal with some malicious gossipers i know... an anonymous commenter came through.. with vile words i won't pollute your blog with papi...some of this stuff is veering into scary... the evil in some peoples minds ehn... na only God dey protect us... oh and i have no doubts about the 'they would hurt you in real life if they could ' stuff... no doubts at all.

jola, thank you for these lovely words, I'm looking forward to meeting you too.

The blogger celebration week sounds like a good idea. Do you have a format in mind?
It'd be interesting to work on. Will you e-mail me with what you're thinking?

@ nigerican- your mother's a wise woman. Hitting delete will save one's well-being.

@ vixen- Thank you, dami. In real life, I always step away from negativity, can't be any different in the blogrealm. You can write as long as you like here, vixen- me casa, your casa.

@ idemili- me too, goddess

@ kiibaati- That button is real to me now.

@ Storm- These unknown people do their best to pollute every place they step in and as we all have seen, happiness is anathema to them.
And I agree with you, if they had the opportunity to hurt others or cause serious hardship in real life, this odd set of people would do it with glee.

aaa it realli scares me the way people are..soo EVIL...hopefulli i wnt esperience such venom although it's evident that i will in the future. nice blog xx

Laspapi, I love the girl whisperer, all the articles have been very insightful and thought provoking!Just keep them coming jare! For those that can't stand the heat...abeg, I take God beg una, make una waka comot!

diva-sta, thank you for stopping by. Hopefully, the RONIN will not find the way to your blog. Amen.

@ Mr. Fine Boy- very good of you to drop in. Thank you for the compliment.

@ waffarian- thank you, waffy. I'm honoured you think so well of the articles. Your writing ain't half-bad too.

i dont believe words will never hurt.. they do hurt... they do affect ppl.. reason why ppl go ahead and take extra measures... if i have anything on my blog i dont agree with... it's just a matter of hitting the DELETE FOREVER button... with no apologies... no explanations...

anyways... well said.
ive made lots of freinds of the net.... friends ive had for years... friends that send me stuff and we've never met... interesting this world this is...

lots of friends off the net*
interesting world this is*

It's such a pity that some ne'er do wells and riff raffs have decided to vent their frustrated circumstances on innocent peeps. You are one blogger, i respect very well here in blogville. One cannot but shudder at the sheer idoicy of all these severe attacks on bloggers. Well, like everything under the sun, it'll surely pass.

Therefore, don’t look at negative comments in a blog as a bad thing.I'm not talking about peeps attacking someonelse's mom or making it personal and sturvs.

Rule to remember: if you’re not pissing somebody off, you’re not doing it right. Doesn't work in all situations though but seriously, one can never please everybody at the same time...This does not mean you should purposely try to piss readers off. That would be uncalled for.

What is does mean is you cannot please everyone all the time and you shouldn’t even try. That goal is not possible no matter how much we wish for it. The blogsphere is too diverse a place for everyone to be happy with what you have to say or do.

Have a nice day!

Can I just say, I think your blog is amazing!

@ ugo- that was an interesting perspective? It reads as if you've given the matter a lot of thought. How's your weekend going?

@ anon- Thank you for those very nice words. Glad you like it here.

My chairman, yea. I was also attacked at some tym by the so-called anons. And i once did a post on 'Negative comment' thingy. My weekends full and good. The usual sturvs..have fun!